Most Watched Sport in India

India is a country that enjoys any sports from golf to Gilli danda, and passion for sports runs deep in our blood. In every household on every street, one can find at least one kid who is either watching sports or getting ready to play with his/her friends. The madness for Indian Premier League or Indian Super League is quite well known in India and to sports enthusiasts worldwide, owing to the high participation of international players’. So, what is the most watched sport in India?

Cricket Is Not A Sport, It Is A Religion

Surprise, surprise, well actually, this does not come as a surprise at all that Cricket is the most watched Indian sport. A game that was brought to India by Britishers in the 1700s is now one of the most watched and revered sports in India. To add to that, we have schooled the British in their own game for many years now and will continue to do so.

The first game of Cricket played in India was in 1721, and the first Indian Cricket Club cropped up in Bombay in 1848, founded by the Parsi community. The rest, as they say, is history. With each decade in cricket, a new feather was added to India’s cap as it continued to dazzle the world with the quality players it produced. Today, the Board of Control for Cricket in India (BCCI) is one of the most powerful organizations in the cricket world. They are undoubtedly a global leader owing to the revenue generated by Indian cricket. They decide who gets to play matches for the country, and they command immense respect in the international cricketing world owing to the high status of Indian cricket. Would you believe it, if we said that they are worth a whopping Rs. 14,489 crores?

Cricket being the most watched sport in India, generates insane amounts of revenue through various events. Cricket’s biggest income source in India is the Indian Premier League (IPL), a high investment tournament with sponsors lining up. Other than that, the men’s senior international tours/tournaments hosted in India is reported to have generated Rs. 446.26 crore, and other income sources such as interest from the banks and income from the ICC/Asian Cricket Council.

A report by BARC claimed that Cricket draws 93% of all sports viewership in the country, of which a sizable chunk is women viewership. A press statement by Romil Ramgarhia, who is the Chief Operating Officer at Broadcast Audience Research Council (BARC) India, goes something like this:

“Although other sports are making their presence felt on television, cricket continues to be the most watched sport in India. The broad fan base of cricket is evident from the fact that women constitute 48 percent of viewers.”

The IPL alone is possibly responsible for drawing the most eyeballs to cricket in India. The fun format, the glitz and glamour that Bollywood adds to it, the international players and the high stakes auctions ensure that it consistently remains a widely watched sporting event in India. In 2020, IPL clocked 400 billion viewing minutes on TV, representing a staggering 23% jump from 2019 viewership data, when it clocked 326 billion viewing minutes.

The madness around cricket in India is evident from how the country worships its cricketing stars like Sachin Tendulkar, Anil Kumble, Rahul Dravid, Sourav Ganguly and more recently, Virat Kohli will forever be immortalized in India’s cricketing history.

What are some other widely watched sports in India?

While cricket undoubtedly commands the most viewing minutes on Indian TV, some other sports are widely watched and discussed in the country. Football is extremely popular in India, and apart from Indian football, international leagues like the EPL, UCL and Spanish League, draws a huge chunk of viewers from India. The FIFA world cup is undoubtedly a major sporting event that the country excitedly waits for every 4 years.

Other than that, hockey, badminton, basketball and tennis are also quite popular in India. There are also various motorsports including the widely popular Formula One Championships. Overall, India is a highly invested country in sports of different kinds, and every household encourages their child to play at least one sport. 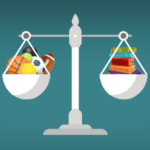 Importance of Balancing Sports and Academics 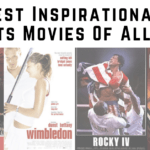