4 Indigenous Sports To Be Included In KIYG 2021

KIYG is popularly known as Khelo India Youth Games and plans on taking place in the state of Haryana in 2021. For 2021, the Sports Ministry at New Delhi approved the inclusion of 4 indigenous sports in December 2020 in addition to Yogasana. They are Gatka, Kalaripayattu, Thang-Ta, and Mallakhamba. Kiren Rijiju, India’s Union Minister of Youth Affairs and Sports, aims to preserve, promote, and celebrate our indigenous sports. With this, he points at adding more games that portray indigeneity. He believes that there is no better event than KIYG to showcase native talent. It is a moment of pride for the entire nation as different parts of the country come together through these skillful games. Gatka is from Punjab, Kalaripayattu from Kerala, Thang-Ta from Manipur, and Mallakhamba from Madhya Pradesh and Maharashtra. It will not only elevate the enthusiasm of the athletes but also inform the youth of the country.

It is time we get a glance at these games for better understanding.

For those who are unaware, Gatka is the traditional form of martial arts that was introduced by the Sikh community. With all grace and determination, it is now a sport that is nationally recognized. Soti, the wooden stick used that mimics the swords, is used for stick fighting. While playing, two or more professionals represent the warriors of the late seventeenth century when Sikhs fought with the Mughals. It includes combat training, basic self-defense, and lastly, the use of weapons only if other means have failed to save you from the threat. It abides by the principle of Sikhism. The incorporation of Gatka among indigenous sports in KIYG will motivate the Gatka Federation of India (GFI) and the elite professionals.

Kalaripayattu, also known as Kalari, is one of the oldest and most empirical forms of martial art. Its origin is from Kerala that is now respected and acknowledged across the globe. The Kalari professionals can sync their minds and bodies like a true warrior. It abides by the guru-shishya tradition and includes body training, a controlled mind, strong moves, and extreme determination. Kalari means sacred ground or battlefield, so the students show respect to the ground by applying the mud/soil on their head and further on the idol, followed by bowing.

Thang-Ta, meaning sword and spear, is a traditional game traced back to ancient times where Thang-Ta Gurus performed it. It is also known as Huyen Lallong and requires perfect coordination between breath and movements. It has been a part of Manipur history since the Meitei’s protected their kingdom from the invaders. The value of this sport is more than a game for an event. One must respect their strength and determination as to how a small ethnic community fought against their hostile neighbors for survival. Before the significance of the game goes into the state of oblivion and isolation, the sports ministry has declared the inclusion of Thang-Ta as an indigenous game in KIYG 2021.

Mallakhamba, unlike the other three indigenous sports, is a game showcasing gymnastics on a pole. It is widely seen in the state of Madhya Pradesh and Maharashtra but is practiced all over India. As the name suggests, Malla means a wrestler, and Khamba means a pole. In this sport, the gymnast performs various poses, movements, and yoga postures on the pole. This traditional Indian sport is all about flexibility and balance where your mind needs to be at peace. Various forms are seen in this game, such as a fixed pole, hanging pole, or a rope for performing the art. Regardless of that, the indigenous sport focuses on testing endurance, strength, stamina, and balance. Its addition to the Khelo India Youth Games for 2021 under indigenous sports will inspire the nation’s youth.

Indigenous sports of our nation are an essential part of people’s culture and heritage. One should be aware of the stories behind the creation of these forms of art. Our nation’s sports ministry initiatives of including four indigenous sports in KIYG 2021 will preserve the culture, motivate the youngsters, and encourage the athletes. Regular participation and interest in native sports will help you to stay in touch with your heritage, culture, and get to explore its roots. With the incorporation of indigenous games in the upcoming event of 2021 – Khelo India Youth Games, there will be fun, friendly competition, and different states on a single platform with their cultures beautifully portrayed.

The Sports School, a Kalpen Ventures initiative, in association with JAIN GROUP OF INSTITUTIONS (JGI), a 28-year-old educational conglomerate, aims for a holistic approach to educate and guide students. With 85 institutes across India, JGI not only brings in elite thought leadership, but also focuses on empowering talent across the nation by encouraging curiosity, learning and initiative. JGI’s alumni include over 10+ Arjuna, Rajiv Gandhi Khel Ratna, Padma Shri and Padma Bhushan Awardees and 300+ sportsperson of International and National repute. 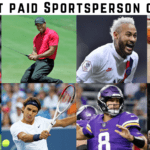 Highest paid Sportsperson of 2020 as per Forbes

How to Start a Basketball Career in India?