Football is a great sport to play and watch. Not just players, even common people love to play this game and this is the essence of this sport. There are many small to big tournaments of football, one such tournament is Durand Cup. Finding its existence for the last 130 years, it is organised every year. Like several other games, the Durand Cup was also not organised last year for safety purposes. Let us know everything about the Durand Cup – Asia’s Oldest Football Tournament.

The Durand Cup was started in 1888 and is Asia’s oldest football tournament. It was started at Dagshai by Sir Henry Mortimer Durand. Initially, it began as an Army Cup and was open only for British India Army troops. Later it was open for civilian teams. Presently the defence team of India and civilian teams both participate in this tournament. It is the third oldest football tournament in the world.

Durand Cup is organised collaboratively by the Eastern Command of the Indian Armed Forces and the government of West Bengal. In 2021, this tournament will be organised in West Bengal. For the next five years, the Durand Cup will be held in Kolkata. In India, West Bengal has the maximum number of fans of football. The land has given great players too. People from all age groups love to play football in this state.

Prizes and cups of the Tournament

The Durand Cup is a rolling trophy. The winning team keeps the trophy till next year, as the tournament is held every year it needs to be returned before the next tournament. In 1965, the Durand Football Tournament Society declared this Durand Cup as a rolling trophy. The cup is very attractive, it has a flat round base with a cup above the sloping base. Gokulam Kerala is the defending champion of this tournament.

The President Cup was first presented by the first president of India, Dr Rajendra Prasad. This cup is carried permanently by the winning team of the Durand Cup. With a circular disc at the top followed by the Ashoke Lion, the trophy looks beautiful.

Total 16 teams are going to compete to win the title of Durand Cup, 130th edition.

6 teams from the Indian Armed Forces

Bengaluru FC was formed in 2013 with a vision to take football to the next level in India. It has been training young talents since then and within a short span, the team has won several tournaments and emerged as one of the strong teams. The champion of the Federation Cup is ready to participate in the Durand Cup with full enthusiasm. Bengaluru FC is the sporting partner for the Football program at The Sports School.

Do not miss this thrilling and interesting football tournament. Different teams will face each other and it’s going to be an unforgettable experience. Do watch and cheer up!

If you want to become the next sports icon in the field of football, join The Sports School where sports and academics go hand in hand. For more queries contact us. It will be an honour to assist you. That was all here. We will be back with another interesting topic. Till then, keep smiling. 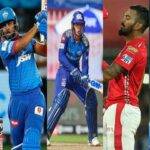