IPL 2021 is to resume as phase 2 in UAE. The two-time defending champion and five times title winner, Mumbai Indians is supposed to be the strongest team. Apart from these teams, cricket fans will have a keen interest in specific players. Let us check out the list: Players to watch out for in Phase 2 of IPL 2021.

No one is untouched by the crisis going on in Afghanistan. Afghanistan news is the top headline in all countries. This is the reason why fans all around the world are eager to see Rashid Khand back to the stadium. Presently he is ranked no 3 in the ICC T20 Bowlers Ranking. Like other Afghani, Rashid is too worried about his family and sport. Though the present situation is unknown to everyone, it is expected that Rashid Khan will be a part of this tournament and one of the players to watch out for in phase 2 of IPL 2021.

Tabraiz Shamsi is a part of Rajasthan Royals in IPL 2021. This world no.1 bowler is set to play for IPL phase 2. Tabraiz Shamsi has replaced Andrew Tye. Before this, he has played four IPL matches. He showed his excitement in his interview to play for Rajasthan Royals and in Dubai or Abu Dhabi because he has never played there before. Along with IPL Shamsi also keeps his eye on the T20 World Cup. It is going to be thrilling to watch this South African Spinner on the pitch of UAE.

Tim David, the next player to watch out for in phase 2 of IPL. David has replaced Finn Allen of New Zealand. He will be representing Royal Challengers Bangalore in IPL 2021. He is the first cricketer from Singapore to enter the IPL. This 25-year-old all-rounder has appeared in various T20 leagues. It is going to be interesting to watch his aggressive play in IPL, who fits at different positions as per the requirement of the team.

After the injury of Jhye Richardson, Adil Rashid has replaced him in the Punjab Kings squad. His presence in the Punjab team will strengthen their spin department. Though he remained unsold in the IPL 2021 auction, he will be representing the team in the second leg of this tournament. With 12 wickets for Northern Superchargers in “The Hundred,” Adil has added a new feather to his cap. Cricket fans are excited to see his presence in IPL 2021.

Wanindu Hasaranga is the most demanding player to watch out for in phase 2 of IPL. His great skills have been observed in the home series against India. Hasaranga is a leg-spinner from Sri Lanka who has replaced Australian leg-spinner, Adam Zampa. Wanindu will be representing Royal Challengers Bangalore. Wanindu Hasaranga and Dushmantha Chameera finally got clearance from Sri Lanka Cricket Board and now it’s interesting to watch him for the second leg of IPL 2021.

Replacing Pat Cummins, Tim Southee has made his place in Kolkata Knight Riders. With great experience, this world no 6 ranked bowler is going to bring a turning point for KKR. He has played 305 international matches with 603 wickets for New Zealand. McCullum, coach of KKR, showed his excitement to have this great bowler in the team for the remaining matches of IPL 2021.

Among so many replacements, Nathan Ellis is a replacement for Riley Meredith in the Punjab Kings Squad for IPL phase 2 of 2021. His hat-trick on his debut against Bangladesh is making cricket fans go crazy about him and thus he is among players to watch out for in phase 2 of IPL. Though Nathan does not have much experience in T20, his hat-trick has made space in the team. And this is what is exciting for fans to watch him in the remaining IPL 2021.

IPL 2021 has seen massive shuffling due to different reasons. As the pandemic is posing several challenges in front of the organisers and teams, still the spirit of the game is making attempts to complete it. Cricket fans are eagerly waiting for IPL phase 2 to begin soon. Though it’s not going to be the same as before, the enthusiasm of players and the excitement of fans do not seem to fall.

That was all here. If you want to become the next sports icon, join The Sports School where sports and academics go hand in hand. For more queries contact us. It will be an honour to assist you. We will be back with another interesting topic. Till then, keep smiling. 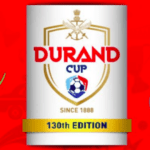 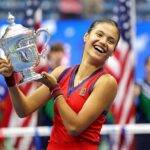