Are you one of those people who has an innate love of sports? If you said yes, then sports as a hot profession provides a myriad of possibilities for you. Throughout history, the general belief has been that while sports are good for mental health and body, they cannot help you to earn your regular bread. This attitude has recently given way to recognition of numerous sports-related practices as legitimate career opportunities. Aside from becoming an effective athlete, other professions in the area, such as sports administration, sports science, sports broadcasting, outdoor sports, fitness and wellness centres, and so forth, have come to be known as filled with lots and well-paying career opportunities. Here are the top ten examples of athletes who went From Top Sportsperson to Business Mavericks across the globe and sports for you to get inspired by:

Manning is considered as one of the greatest football stars of all time and maybe an even greater sponsor. Nike, Buick, DirecTV, Gatorade, Nationwide, and Papa John’s are among the big labels with which the retired Colt and Bronco has collaborated. Manning expanded his relationship with Papa John’s in 2013 by acquiring shares in 21 franchises in the Dallas area; he now controls upwards of 30.

You’re already aware that Johnson was a WWE superstar known as The Rock, and you may even not be aware that he also won a football national championship while attending the University of Miami. Since then, Johnson has gone on and became one of the world’s largest screen stars, starring and producing in films and on television, as well as publishing a No. 1 New York Times bestselling book.

In the 1980s, Magic Johnson created the headlines when, in parallel to capturing NBA titles, he signed a 25-year, $25 million deal with the Los Angeles Lakers. NBA stars now regularly sign for something in a single game. Still, Johnson’s entrepreneurial endeavours, most prominently Magic Johnson Companies, have rendered him richer and more powerful than anyone who earned ten times too much during their playing careers.

He’s perhaps known primarily for the George Foreman Grill, and understandably so, given that he negotiated a ten deal with Salton Inc. (now Continuum Brands) in 1989 for the grill’s hosting rights. Still, Foreman is indeed an ordained priest and the writer of ten novels.

The UFC fighter was noted for finishing fights quickly; she once defended the title in 14 seconds. However, her unique words and attitude have caused her to enjoy long-term popularity outside of the arena, with roles in films including The Expendables 3 and Furious 7.

Phelps has moved beyond diving and into the forefront of American sports. He’s utilised his celebrity and popularity to establish the Michael Phelps Organization, which encourages healthy living, and he’s also worked as a consultant of Medibio. This organization aims to identify mental health conditions.

Bryant jumped right into his corporate plans after retiring. In reality, his retiring statement was released into a short film (narrated by Bryant) that was nominated for an Academy Award. He already has a significant relationship with BodyArmor, a coconut water manufacturer, and he’s a co-founder of the Bryant Stibel manufacturing company, and that’s before we get into endorsements.

Rodriguez’s 22-year journey saw numerous highlights (World Series king, three-time MVP) and many lows due to the use of competition substances. Though his playing career was controversial among fans, he sought salvation in the box as a widely well-regarded Fox announcer. Rodriguez formed ARod Corp in 2003 “out of fear” that he would suffer a professional life injury any time he stepped outside.

Hawk has experienced a lifetime developing his reputation and the success of skateboarding for the greater part of three decades, from founding his own skateboard construction business to a clothing brand, a successful and popular Xbox gaming franchise and expertise lobbying skateboarding into the Olympic Games.

Moon has focused on corporate and humanitarian projects since finishing his career in 2001. He is the founder and chairman of Sports 1 Marketing, and his organisation, The Crescent Moon Project, helps children with their academic work. He also serves on the boards of many non-profit organisations, including the Rose Bowl Organization and St. Jude Children’s Research Facility.

Some of the leading schools in India, like The Sports School, understand this growing need to teach and engage students in sports as much as in academics and visualise the future with a career in sports. Even parents want their kids to learn sports and be successful financially at it as well. Maybe even take inspiration from these stars and turn to business later in life.

The parents to reckon with this thought, The Sports School is the nation’s only comprehensive academy for athletics as well as academics, ensuring emerging and skilled champions with such a forum for the pursuit of efficiency and success in sports by empowering everyone with international level equipment and instruction for specialist trainers and globally famous coaches for cricket, basketball, tennis, basketball, and football. For more information, Click Here What are the Positive Effects of New Education Policy on Sports? 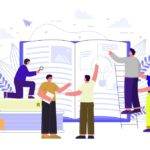