India occupied 48th rank at Tokyo Olympics 2020. This is the best ranking for India in the last four decades. Hello readers, the Olympic Games Tokyo 2020 has ended but we are still unable to get over it. And why should we? After all, we have finished it fabulously despite a long war with Covid-19. Let us see, India’s Olympic glory who made us shine finishing on the podium at the Summer Olympics in Tokyo.

The Athletics Federation of India (AFI) has announced 7th August as National Javelin Throw Day to honor Neeraj Chopra who won a Gold medal at the Tokyo Olympics 2020.

But before going for the gold medal Neeraj Chopra was fighting tooth and nail to achieve this glory. He was born in a Haryanvi family to Satish Kumar and Saroj Devi. Chopra was an obese child. He started training himself and ended up finding his talent in the javelin throw. After extreme efforts, he won Junior Nationals at Lucknow in 2012 setting a new record of 68.40m. At the Youth Olympics Qualification, held in Bangkok, Neeraj won his first International medal in 2014. He won a gold medal at the 2016 South Asian Games. He is presently recruited in the army at JCO rank.

In the summer Olympics Tokyo 2020, Neeraj successfully finished on the podium with a throw of 87.58m. He is very enthusiastic about his future and committed to his goals. The Sports School wishes him all the best for his targets.

Saikhom Mirabai Chanu won a silver medal in weightlifting in the women’s 49 Kg weight category, with a total lift of 202 Kg. She sets an example for how hard work pays.

She was born in a Meitei family in Nongpok Kakching which is 30 Km away from Imphal, Manipur. She used to carry firewoods in childhood when her family got to know about her strength. Her family’s financial condition was not good and they took great pain to train her. She used to take lifts from truck drivers to travel to Imphal and showed a beautiful gesture by honoring them after winning a silver medal at Tokyo Olympics.

Channu was able to win medals at the World Championships and commonwealth games. She is awarded Padma Shri and Major Dhyan Chand Khel Ratan by GOI. In the 2014 and 2018 commonwealth games, Channu won silver and gold medals, respectively in the 48 Kg weight category.

At the Rio 2016 Olympics, where Mirabai Channu was unable to finish, at the Tokyo 2020 Olympics, Mirabai won a silver medal on the second day. The Sports school salutes her and wishes her all the best for her future goals.

You get glory after extreme sacrifice and hard work. Ravi Kumar has been keeping his nose to the grindstone. And we can trace this easily through his progress journey.

In the Tokyo Olympics, Ravi Kumar won two bouts with technical superiority. He won a silver medal after losing the gold medal bout. He has come a long way and still has miles to go for which The Sports School wishes him all the best.

P.V Sindhu- The girl with wings

Winning a bronze medal at the Tokyo Olympics 2020. PV Sindhu added another feather to her cap. She is the first female and second individual athlete to win two consecutive medals at the Olympics.

Pusarla Venkata Sindhu was born and raised in Hyderabad to P.V Ramana and P Vijaya who played volleyball. Getting inspired by Pullela Gopichand, who is the chief mentor of The Sports School, she started playing badminton at the age of 8. She used to travel 56 km every day to get badminton coaching. She has won 21 medals in total, at the national and international levels. She is awarded Major Dhyan Chand Khel Ratan, Padma Shri, and Padam Bhushan by GOI.

In the 2016 Rio Olympics, she won a silver medal. Training hard, Sindhu continues to make headway to become a gold medalist and The Sports School supports her potential.

Bajrang Puniya dominated the bronze medal match in the Tokyo Olympics 2020 and finished on the podium at the third position in the 65 kg weight category, keeping up the hopes of Indians.

Bajrang Punia belongs to the Jhajjar district of Haryana, who began his wrestling at the young age of seven. His family was supportive but struggled to manage funds for his training. Puniya has a long list of medal counts in nationals and internationals, proving his dominance in maximum bouts in his weight category. He is the only Indian wrestler to win three medals at the World Wrestling Championships.

He is honored with Arjuna Award, Padma Shri Award, Major Dhyan Chand Award, and FICCI India Sports Award. Facilitations! from The Sports School to this rising star of India in freestyle wrestling.

Emerging as an eager beaver, Lovlina Borgohain bagged a bronze medal in her Olympic Games debut.

Finishing on the podium at the first attempt, Lovlina Borgohain shined in the Tokyo Olympics 2020 after winning a bronze medal in the women’s welterweight event. However, this was not the first time when she named a medal for herself. She won a bronze medal at the 2018 and 2019 AIBA Women’s World Boxing Championship. Lovlina was awarded the Arjuna Award by GOI. She is the third boxer to win a medal at the Olympic Games in India.

Lovlina has entered the ring with supreme power and we can feel this from her achievements. The Sports School wishes her for her future endeavors.

Eyes were filled with tears of happiness and pride when the men’s hockey team stood on the podium of the Tokyo Olympics 2020 after 41 years. They must have burnt the candles at both ends to land there.

The team has proved its dominance in the Asian Games and is recognized as the most successful team in Asia. Even in the Olympic Games, the men’s hockey team proved their efficiency till 1972 followed by a long gap of 41 years. The Indian men’s hockey team was undefeatable till 1960 and won six gold medals in a row, in total, the team won eight gold medals at the Olympic Games.

The boys have worked very hard and marked their victory despite all problems and lack of support. The Sports School salutes the team to reclaim the past and bring that era back to India.

These shining stars of India made the country proud at the Summer Olympic Games. It must have taken the winner’s blood, sweat, and tears to finish on the podium. Going through all goods and bad they marked their victory.

If you want to become the next sports icon, join The Sports School where Sports and Academics go hand in hand. For more queries contact us. It will be an honor to assist you. That was all here, we will be back with another interesting topic. Till then, keep smiling. 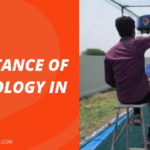 Importance of Technology in Sports 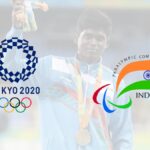