India’s Paralympics contingent of 2020 has set a benchmark for the entire nation and filled every Indian with joy. It has been for the first time in history that the medal count has touched two digits. The happiness does not end here, the medals won at the Tokyo 2020 Paralympics are more than all the medals won to date. Yes, you heard it right. Hello readers, the excitement of Indians is not fading. Where our Olympians made us proud in the Olympics, our Paralympians are dominating the podium of Paralympics. Let us take a look at our winners, who made India stand at the 54th rank in the medal tally list with a total of 19 medals.

Avani is a rifle shooter and represents India in the Paralympics. She was born on 8th November 2001. In a car accident in 2012, she lost control over her lower extremities. Her father stood like a strong wall with her, encouraging her for sports where she found her passion. Life should always find a new beginning and Avani is confirming it. The Sports School wishes her all the best future.

Sumit Antil won a gold medal in the men’s F64 category at Tokyo 2020 Paralympics. He holds a world record with 68.55m which was his throw in the final.

Sumit belongs to Khewra, Sonipat Haryana. He was born on 6th July 1998. Sumit lost his left leg below the knee in a motorbike accident he met in 2015. In 2019, Antil won a silver medal at the World Para Athletics Grand Prix held in Italy and World Para Athletics Championships held in Dubai. Sumit has gone through a tough time and still proved his dominance in the field. The Sports School salutes him for his dedication.

Manish Narwal finished first on the podium in the P4 mixed 50m Pistol SH1 event in his first appearance. He bagged gold and Singhraj silver in the same event. He set a new world record with 218.2 points.

Manish was born on 17th October 2001. He belongs to Faridabad, Haryana. He always had an interest in playing football, due to his congenital ailment in his right hand he switched to shooting on suggestions. Before this, Narwal broke the world record at the 2021 Para Shooting World Cup in the P4 mixed pistol SH1 event. For his excellent performance, he has been honored with the Arjuna Award. Manish has a great success ahead and he is reflecting it in his attitude. The Sports School wishes him all the best for his future.

The 12th day of the Paralympics turned out to be great for India, as Manish Narwal and Pramod Bhagat won gold, with other athletes winning medals in other events. Pramod Bhagat bagged a gold medal in the para-badminton men’s singles SL3 category.

Pramod Bhagat belongs to Odisha, born on 4th June 1988. At the age of 5, he developed a defect in his left leg. Bhagat has a long list of medals. In total, he has won 8 gold medals, 2 silver medals, and 5 bronze medals at the international level. This is his first medal at the Paralympics. He is presently ranked No 1 in his category. The Sports School salutes him for his achievements.

Krishna Nagar was born on 12th January 1999. He belongs to Rajasthan. He is ranked world No. 2. Krishna has proved his abilities in other tournaments also. This 22-year-old star has won a silver and a bronze medal in the men’s double and single SS6 category, respectively, at the 2019 World Championships. He also won a bronze medal in the 2018 Asian Para Games in the SS6 event. He has a very bright future for which The Sports School wishes him all the best.

With a big smile on a small board, Bhavinaben Patel won a silver medal in the women’s singles table tennis class 4. She was the first to finish on the podium at the Tokyo Paralympics 2020.

Bhavina belongs to Mehsana, Gujrat. Earlier, she won a silver medal in The individual category at the PTT Thailand Table Tennis Championship, in 2011 and was ranked world No. 2. At the Asian Para Table Tennis Championships, she again won a silver medal in 2013 and a bronze medal in 2017. She suffered from polio when she was an infant and competes in a wheelchair. The Sports School wishes her all the best for her future goals.

Nishad Kumar won a silver medal in the men’s high jump T47 and set a new Asian record of 2.06m. He shares the silver medal with Dallas Wise of the USA.

Yogesh was born on 3rd March 1997. Born to Meena Devi and Gyanchand Kathuniya who is an Indian army soldier. At the age of 9, he suffered from a neurological disorder, Guillain-Barre Syndrome, and also was forced to take help of a wheelchair. But her mother learned physiotherapy and made her child regain strength and Yogesh was able to walk again. Along with sports, Yogesh carries his education like a pro, and you too can do it through The Sports School, where professional sporting career and education go hand in hand.

Devendra won a silver medal in the F46 category at the Tokyo Paralympics 2020 with a throw of 64.35m.

Jhajharia needs no introduction. He is the most decorated Paralympian of India. He has won two gold medals in the 2004 and 2016 Paralympics. This is his third medal at the Paralympics. He was born in Churu district in Rajasthan. His left hand was amputated because he touched a live electric wire at the age of eight. Devendra has won a gold and a silver medal in the 2013 and 2015 IPC World Championships. He also won a silver medal in the 2014 Asian Para Games. Devendra has brought many glories for India for which The Sports School salutes him.

The defending champion of the men’s high jump T-42 category won a silver medal in the Summer Paralympics 2020.

Mariyappan belongs to Salem district, Tamil Nadu. At the age of five, he lost his right leg when a car crushed his leg below the knee. Mariyappan has also faced a financial crisis, still standing above all odds he has marked his signature on the world. He has won Padma Shri Award, Arjuna Award, and Major Dhyan Chand Khel Ratna Award. In 2016, he won a gold medal at the Rio Paralympics. The Sports School wishes him all the best for his future.

Singhraj was born on 26th January 1982 in Faridabad, Haryana. He is infested with polio. The most interesting fact is that he started playing just a few years back. He has won several medals for India in mixed and individual at the international level. The Sports School Salutes him for his approach towards his life and overcoming willpower.

He was born on 15th May 2003 in Noida, Uttar Pradesh. This is Praveen’s first appearance at the Paralympic Games and the youngest to win a medal in the 2020 Paralympics contingent of India. He suffers from an impairment in his leg. Before this in 2019, Praveen Kumar has won a silver medal in the junior para world championships.

Suhas belongs to Uttar Pradesh, India. He ranks world No 2 in his category. He is an IAS officer, district magistrate of Noida. He is the first serving Indian bureaucrat to represent and win a gold medal at the global level. Suhas has a long list of medals. He has won 5 gold medals, 5 silver medals, and 8 bronze medals at the international level. It is great to see his achievements at the professional level, he has cracked one of the toughest exams of India and now represents India in sports at the international level. The Sports School wishes him all the best for his future.

What can be greater than watching two Indians finishing on the podium together? Sundar Singh Gurjar won a bronze medal in the F46 category Javelin throw with Devendra Jhajharia winning a silver medal.

Sundar belongs to Karauli, Rajasthan. He competes in F46 javelin throw, shot put, and discus throw. In the 16th Para Athletics Championship, Sundar set a new world record. Not only this, he has won three gold medals in three events at the FAZZA IPC Athletics Grand Prix, in 2017. He won a silver and a bronze medal in the 2018 Asian Para Games in the javelin and discus throw. His left wrist has been amputated but he never falls short of dedication.

Sharad was born on 1st March 1992 in Muzaffarpur, Bihar. He suffered from paralysis in his left leg after being administered spurious polio medicine at the age of two. He started playing when he was in class 7. He broke school and district records while competing with able-bodied students. Sharad has won gold medals in the 2014 and 2018 Asian Para Games. He won a silver medal in the 2017 IPC World Championships. In 2014, he broke the world record and was ranked no.1. Sharad has come a long way and is still energized for new opportunities. The Sports School wishes him lots of success.

Harvinder Singh finished on the podium at the third position and won a bronze in the Summer Paralympic Games 2020 in the men’s singles recurve archery.

It’s a great achievement and time to celebrate for India, as it is the first Olympics medal in archery. Harwinder Singh belongs to Punjab and has won medals for India in earlier tournaments at the national and international levels. He has been awarded Arjuna and Padma Shri Award for his remarkable achievements in archery.

Manoj Sarkar won a bronze medal in a para-badminton men’s singles SL3 event. It is for the third time in the Paralympics 2020, that two Indians have won medals together.

Manoj was administered the wrong medicines, at the age of one due to which he suffers from PPRP lower limb condition. He is presently ranked world No 2 in his category. Sarkar has a long list of medals. He has won 4 gold medals, 2 silver medals, and 7 bronze medals at the international level. This is his first bronze medal in the Paralympics.

Great success comes from great efforts. Life makes us encounter several problems and difficulties, the one, ready to take challenges, wins the race. Just remember, life is like a boxing match, you are not defeated when you fall, but when you give up to rise. Their vision of life is positively affirmative. These Paralympians are setting records through their willpower. We saw how records were broken by our athletes and how two athletes stood together on the podium in a single event and that also three times at the Summer Paralympics 2020. The Sports School salutes them for their success, dedication, passion, and achievements.

That was all about our Paralympics stars. If you want to become the next sports icon, join The Sports School where sports and academics go hand in hand. For more queries contact us. It will be an honour to assist you. We will be back with another interesting topic. Till then, keep smiling. 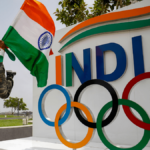 Paralympics - Everything you need to know 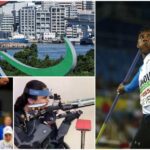