When Naomi Osaka beat Jennifer Brady 6-4, 6-3 to win the Australian Open in February this year, she added yet another stunning achievement to her already glittering career.

The Australian Open winner, who is just 23 years old, has won four Grand Slam titles. In doing so, she became the first woman player since Monica Seles in 1991 to win each of her first four Grand Slam final appearances.

When she won the US Open in 2018, at the age of only 20, beating her idol Serena Williams, Osaka became the first Japanese player to win a Grand Slam. That match is most remembered for the emotional reaction from both players, Williams, as she was given a game penalty for calling umpire Carlos Ramos a “thief” and smashing her racquet. The crowd at Flushing Meadows then booed Osaka for beating Williams, reducing the champion to tears. Williams consoled Osaka, who then said, “I’m sorry it had to end like this.”

Early the following year, Osaka won the Australian Open, beating eighth seed Petra Kvitova of the Czech Republic 7-6, 5-7, 6-4 in a nail-biting final in Melbourne Park. The tournament was a tough one for Osaka, who overcame three three-set matches to get to the final. But, with her eventual triumph, Osaka became the first Asian player, male or female, to become the world No. 1 in tennis. She also became the youngest woman player to win back-to-back Grand Slams since Martina Hingis in 1998. This also made her the youngest No. 1 since Caroline Wozniacki in 2010.

But, this was only the beginning. Osaka went from strength to strength, winning the US Open a second time in 2020. This time she had to dig deep against Victoria Azarenka, the Belarusian. Osaka was trailing 1-6, 0-2 when she turned things around, taking the second set 6-3 and sealing the win 6-3 in the decider. During the course of the match, Osaka showed her stature as a champion of causes outside the sport, walking out onto the Arthur Ashe arena wearing a mask bearing the name of Tamir Rice, a 12-year-old African-American boy who was shot to death by white police officers.

Osaka, who was born in Japan to a Haitian father and a Japanese mother, has lived in the United States of America since she was three years old and has won widespread acclaim for her support of the Black Lives Matter movement. In each round of the 2020 US Open, she wore a mask with the name of a different victim of racial violence, drawing attention to the movement that became a global phenomenon.

When Osaka won her fourth Grand Slam, she did so in style, dispatching Brady in just 77 minutes, extending her unbeaten streak to 12 months and 21 matches without a loss. While Osaka’s previous Grand Slam win was played in front of empty stands in New York, this time, her performance was cheered on by thousands at the Rod Laver Arena, with Covid-19 restrictions having been eased in Australia.

While Osaka’s achievements make her a giant of her sport already, experts believe that her best was yet to come. Osaka boasts a 33-2 win-loss record on hard courts, but she is yet to fully come to terms with clay and grass courts. Another aspect of Osaka’s game that can improve is her consistency. She currently has four Grand Slam wins and only three WTA titles, which, while being an incredible statistic in its own right, is something she will want to change.

Awareness of Causes Beyond the Tennis Court

Osaka’s awareness of her place in the world beyond tennis has been well documented but, after winning the Australian Open this year, she also showed that she had an incredible sense of perspective within the game. “The biggest thing I want to achieve is – this is going to sound really odd, but hopefully I play long enough to play a girl that said I was once her favorite player,” Osaka said soon after the game. For someone as young as 23 to be thinking about the legacy, she is creating and will eventually leave behind is as uncommon as it is refreshing.

More recently, on the occasion of International Women’s Day, Osaka spoke to the International Olympic Committee of her vision. Later this year, Osaka will be competing in her first Olympic Games on home soil. “This is such an important moment for Japanese women and women around the world, and I hope it’s an inspiration to a young girl with big dreams to know that anything is possible,” said Osaka. “Sport is such an amazing vehicle that brings people together, and especially the Olympic spirit. There are athletes from all different places, with different stories and different challenges, and I hope we can start highlighting the more unique Olympic athlete stories that not only touch upon the journey to the Games but can also highlight the heritage and the adversity faced outside the sport. That would be such a good way to be more inclusive.” Importance of Sports in Personality Development of Students 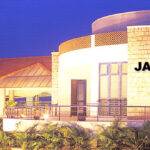