Tennis has always been a top international sport. In India, the game is extremely popular amongst sport enthusiasts of all ages. Nowadays, Tennis has also become a career option for many young sportspeople, thanks to the rise of prominent tennis players like Mahesh Bhupati, Leander Paes, Sania Mirza, Rohan Bopanna.  With such significant prospects at fore, one needs to take the right steps and train under the right guidance to kickstart a promising career in Tennis.

The Sports School Tennis Academy with Rohan Bopanna brings a refreshing new dimension to tennis coaching in India. We, along with our sporting partner – The Rohan Bopanna Tennis Academy, offer an innovative and balanced curriculum that puts equal emphasis on both fitness and sports skills. It consists of well-structured, varied level programs that are mapped on global best practices to give young talent the finest and integrated advanced-level tennis program in India.

Our team of International tennis coaches, along with highly trained Indian counterparts, and globally qualified fitness trainers, oversee each and every step of your journey to success. The tennis program at The Sports School offers well-structured programs at various levels – ranging from a beginner program mapped on global best practices to a High-Performance program that is designed to give young talent the finest, integrated advanced-level tennis program in India.

Specific details of the programs are mentioned below:

In order to be the best, one needs to train under the guidance of the best; hence, we have partnered with Rohan Bopanna Tennis Academy to provide our students with preparation for the tennis of the future. Rohan Bopanna is one of the most prominent names in Indian Tennis. A global doubles phenomenon, Rohan has ranked as high as No.3 in the world; Olympic, Davis Cup, and Hopman Cup team member for India; and a recognized Champion For Peace are titles that define his illustrious career. Rohan won the 2017 French Open Mixed Doubles title, 16 ATP Tour doubles titles, and has been consistently ranked within the Top 15 in the world.

People over the world play tennis as a great form of exercise and recreation. There are also many levels of professional play in tournaments across the globe, hence with the right training, your child can train to be fit and eventually build a career in this growing sport. At The Sports School Tennis Academy with Rohan Bopanna, we prepare players for the future of tennis, applying innovative training systems combined with the characteristics that are synonymous with successful Tennis players. 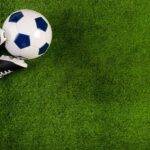 History Of Football In India 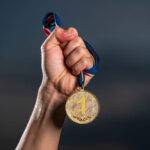