India and cricket form a pair that simply belongs together. The country is by far, one of the most famous cricketing nations in the world.

From 1983 to 2020, Indian cricket has changed dramatically, boasting a youth system that continues to produce brilliant young cricketers, a domestic league that is one of the best in the world, and a cricketing identity that few can ever hope to accomplish. However, it is important to understand the backdrop to the ever-meteoric rise partly lies on the team captains and one must acknowledge that the captains played a significant role in acquiring the Indian cricket team the respect it deserves around the world.

The 1983 world cup win was undeniably a watershed moment not only for Indian cricket but also for the Indian sports scene as a whole. Indians could now claim to be world champions in a sport that held a special place in their hearts. As a result, it had a massive positive impact on Indian cricket, as most of the young kids became more interested in the game, and India has now truly established itself as firepower in the cricketing world.

The gentleman’s game took its time to stand as one of the most celebrated sports in India. It almost took 20 years for India to register their first-ever victory in an International Test match. The remarkable moment came in the year 1952 against the side that gave birth to the game of cricket, i.e England. Many cricketers became legends over the years, including Mansoor Ali Khan Pataudi, Kapil Dev, Lala Amarnath, and the great Sunil Gavaskar who gave Indian cricket the revolution it craved.

In 1968, the Indian cricket team defeated New Zealand by 5 wickets in Dunedin, led by young Pataudi. It was India’s first Test victory not only in New Zealand but also overseas. After two years, on the 1970-71 tour of the West Indies, the young Indian team won their first series on foreign soil, winning the series 1-0.

Then finally came the moment that nobody could have ever imagined in their wildest of dreams, the 1983 World Cup win against the ruthless Windies. A day that saw the biggest underdog heist in the history of the game of cricket. Millions of young lads aspired to be the next Kapil Dev on that historical day. It was a symbolic moment that demonstrated what can be accomplished even when the odds are stacked against you (in India’s case, the odds were 200:1).  Kapil Dev, the victorious captain who had carried a bottle of champagne on the day of the final in hope more than anything else, remembers the dressing room talk he had given to his teammates at the innings break. “All I said was we need to enjoy the next three hours. If we give our best for three hours we can live with this memory for the rest of our lives,” Kapil said in the post-match presentation.

Ravi Shastri, Sachin, and the MSD era reignited the Indian hearts with hopes

Two years later, in 1985, Australia hosted the World Championship of Cricket to commemorate the 150th anniversary of European settlement in Victoria. India won the trophy after defeating archrivals Pakistan in the final. For his all-around performance of 182 runs and 8 wickets, former Indian cricket team coach and player Ravi Shastri was named Player of the Series, which was named “The Champion of Champions” at the time.

By that time, India produced the God of Cricket, Sachin Tendulkar, who made his debut at the age of just 16 against Pakistan in Karachi and soon became one of the most established players in the team. A few years later, India introduced a plethora of quality players like Saurav Ganguly, Rahul Dravid, VVS Laxman, Zaheer Khan, and many more. But at the same time, India was craving for another ICC trophy, which they hadn’t won since the 1983 World Cup.

Now you must have guessed whom we are going to talk about next…the man, the legend, the myth, Mahendra Singh Dhoni. Mr. Captain cool took Indian cricket to greater heights. He completely transformed Indian cricket in all formats of the game without even showing a single expression on his face. The Dhoni era saw India create a reign of ICC trophies and innumerable bilateral series wins. MSD is the only captain in the history of cricket to have won all the ICC trophies: T20 World Cup, 2011 World Cup, Champions Trophy, ICC Test Maze.

It all began with the inaugural T20 World Cup, held in 2007. Nobody could have predicted what happened during the tournament. The Indian cricket team was quite young but showed a lot of resilience, aggression, composure when Dhoni’s army stepped into the field. Scintillating individual performances by emerging stars like Yuvraj Singh, Harbajan Singh, Rohit Sharma, Gautam Gambhir, Irfan Pathan, RP Singh, Sreesanth, and not to forget Joginder Sharma’s unbelievable last over, backed up by an equally fearless captain Dhoni, helped India defeat Pakistan in the finals to clinch the inaugural T20 World Cup.  Well, the story didn’t end here for Dhoni’s side. Under his captaincy, India managed to win the CB series of 2007-09, the 2010 and 2016 Asia Cups, the most remarkable 2011 World Cup, and the 2013 Champions Trophy.

In 2014, Dhoni left India’s legacy in Test cricket and handed over the captaincy to Virat Kohli. Under Virat Kohli’s captainship, India showed dominance in white-ball cricket. His hunger to score runs and win matches for his nation was unmatchable. During his leadership, India had the highest win percentage amongst all test-playing countries. When it comes to red-ball cricket the records are more staggering for King Kohli. He has featured in 260 matches with an astonishing average of 58.9, striking at 92.9, and has helped his team win in a lot of crucial matches.

What’s in store for Men in Blue?

Earlier this year, BCCI sacked Virat Kohli as ODI skipper and handed over the captaincy to Rohit Sharma. There was a huge buzz on social media when the BCCI decided to sack Kohli. If sources are to be believed, BCCI was planning to remove Virat Kohli as the ODI skipper from the time when he stepped down as India’s T20 captain. According to reports, the BCCI gave Rohit Sharma the ODI captaincy because the selector and the team management felt that split captaincy doesn’t work in India and wanted to have one captain for all formats of the game. Recently, Rohit Sharma has been named full-time captain in all formats of the game for the men in blue.

Cricket in India cannot be spoken of without considering the phenomenal impact of its captains. It has grown to become one of the most prominent sights in the country, more than delivering its finest glory.

With so much going on behind closed doors, it is not all gloomy for Indian cricket, with modern superstars such as Rishabh Pant, Shreyas Iyer, Prithvi Shaw, Ishan Kishan, and Shubman Gill, the squad shows no signs of weakness. With Rahul Dravid as the head coach and the never-ending support of the millions of Indians, success on the world stage is a matter of when not if. 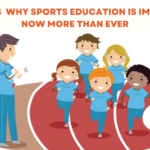 5 Reasons why Sports Education is important, now more than ever 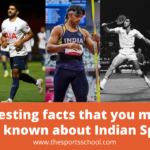