Is there anything more exciting in the world of sports than seeing a teenage athlete bursting onto the scene and establishing themselves as an elite-level talent?

We have witnessed the likes of PV Sidhu and Hima Das do so in the past and take a leaf out of their books, each year, there are plenty of burgeoning young talents emerging from every nook and corner of the country, vying to make a mark in their sport.

Below we look at the 7 most exciting young women athletes to watch in 2022:

Three tournaments in 2022, two podium finishes already, that too, in her debut season on the BWF World Tour. If Malvika Bansod wasn’t known well known before, her performance so far in 2022 has made the world of badminton take notice.

Over the last couple of years, the Nagpur native has transformed herself from a promising talent to one of India’s most consistent young shuttlers. Her career-defining straight-set victory over her idol Saina Nehwal at the Indian Open highlighted her talent further, making her the only second Indian shuttler to achieve the feat after PV Sindhu.

Despite ending up the two finals on the losing side, claiming silver and bronze medals in the Syed Modi International tournament and Odisha Open, the best part about her performance so far is that she has more room for improvement to bolster some fine performances in the coming months.

Having already climbed into the top 100 of the World Badminton Rankings, the 20-year-old is firmly fancied to continue her upward trajectory in the sport.

2021 saw the Punjab native has blossomed into one of the most promising talents in the Indian women’s football team and she certainly didn’t disappoint as she marveled at us with her goalscoring exploits in record-breaking fashion: she is the first Indian woman footballer to score in the AFC women’s Asian championship. She then announced herself further to become the first Indian footballer to score against a Brazilian senior team.

Last year, she scored five goals in just 11 starts. Many expected Manisha to carry on the from 2022, but fate had other plans as she endured a heartbreaking start to the new year with hosts India knocked out their much-awaited AFC Women’s Cup due to the team management’s inability to field a required 13 players in their second group match owing to COVID-19 reasons, sparking a fierce outrage from fans.

It is just a matter of time before she put the past behind her and continues her current progression. If one thing Manisha made abundantly clear is that when she is on form, she cannot be stopped. Expect to see far more of that this year as well.

Regarded as one of the best shooting prospects, Esha Singh has featured for various Indian junior sides and won multiple accolades in the World Cups, Asian Championships, and national circuits. In fact, Esha Singh is the youngest Indian shooter ever to win a World Cup medal as she won silver in the women’s 10m air pistol at the ISSF Junior World Cup in 2019 as a 14-year-old.

Adjusting to her new life with multiple lockdowns saw her struggle for consistency. But Esha has been able to recapture the spark that saw her stand out as a teenager, with her talent was on full display at the National Championship in December 2021.

Still only 17, there is plenty more to come from the 11th standard student of Reqelford International School, Hyderabad, and 2022 could be the year she kicks on to the next level with the ISSF World Cup medal on the cards come next month in Cairo, Egypt.

Earmarked by none other than the great Anju Bobby George as the next big talent to topple her long-standing national record of 6.83 meters, 18-year-old Shaili Singh is the most exciting prospect on the women’s long jump at the moment who took a monster leap towards her fledgling career.

Coached by her husband Robert Bobby George, Shaili Singh became U-20 Women’s Long Jump national record holder with a jump of 6.48m. She came agonizingly close to winning a gold medal at the World Athletics U-20 Championship last year but fell short by just 0.01m, which propelled her into the rankings of World No. 1 (currently No.3) in the under-18 categories.

With Athletics World Championships and Commonwealth Games lined up this year, a lot of eyes will be on the Uttar Pradesh youngster to potentially break the long-held record of her mentor.

Reshma Maruri, who hails from Karnataka and trains at The Sports School, Bangalore under Rohan Bopanna is currently ranked no.1 in India in the AITA U-18 Girl’s rankings and looks a good bet to make it even higher.

She has been a gold medalist in Khelo India Games 2022 held at Gauhati Assam. She has won various national and international tournaments including ITF Grade 4 and 5 Tournaments. She has been the most promising player in Adidas U18 Nationals.

If she keeps up her progression, we will be hearing a lot more about her over the course of 2022 and beyond.

At just 15 years old, Suhana Saini has elevated her game to surprising levels in both singles and doubles categories, winning five U-15 titles last year.

She is also the first-ever Indian to win three medals in ITTF World Youth Championships.

Suhana followed her family bloodline into the sport – both her mother and father were national-level table tennis players. She is building a notable reputation for herself by regularly competing against top players in the U-15, U-17, and U-19 categories.

Still a teenager, she is in the perfect environment to grow and will be someone you want to keep your eyes on because she’s quite likely to be the future of Indian Women’s Table Tennis.

Through every challenge of her childhood and career, Manipur’s Lynda Kom has found peace and solace in football. Inspired by Mary Kom, the 16-year-old catapulted herself into the national spotlight with an eye-catching performance in the 2019 Hero U-17 Women’s Football Championship in which she was adjudged as the Player of The Tournament – scoring 6 goals in 4 games.

Lynda has all the necessary tools coupled with an expansive range of creative abilities to mold into a complete striker. With FIFA U-17 Women’s World Cup scheduled to take place in India later this year, it is still yet to be decided who will be the first-choice striker heading into the tournament, however, it is likely that Lynda will compete with Sridevi Hansdah and Shiels Devi for the starting role. It will be worth keeping a close eye on her throughout the year, as we always want to see talent blossom into its full potential.

The Sports School, a Kalpen Ventures initiative, in association with JAIN GROUP OF INSTITUTIONS (JGI), a 28-year-old educational conglomerate, aims for a holistic approach to educate and guide students. With 85 institutes across India, JGI not only brings in elite thought leadership but also focuses on empowering talent across the nation by encouraging curiosity, learning, and initiative. JGI’s alumni include over 10+ Arjuna, Major Dhyan Chand Khel Ratna, Padma Shri, and Padma Bhushan Awardees and 300+ sportsperson of International and National repute. Our world-class infrastructure and amenities include unbeatable installations that are exclusively designed to optimize the intellectual, personal, and social development of young and professional sportspeople. 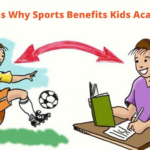 7 young male athletes that you should be watching in 2022