From perennial Asian powerhouse to prosperous resurgence: Evolution of Football in India

After years of suffering and peril, Indian football with its thriving leagues and trailblazing talents shows signs of resurgence.

Football is not just a sport. In many parts across the globe, it is a tradition, and it brings in a sense of belonging to the people. With more than 4 billion viewers every year, football is the most-watched sport, and it captivates people from all walks of life. The game itself teaches people lessons about never giving up and sheer perseverance. Although India, with its 1.3 billion people, has the potential to excel in every sport, it hasn’t been the case so far. Football is evolving slowly in the country, and it might take a while before we can see India on the international stage. Until then, let’s jump in to see how football has evolved as a sport in the country.

How it all started?

Along with many other things the British taught us how to do, they also showed us how to play sports like football and cricket. British soldiers initially introduced the game in the mid-nineteenth century, but the popularity spread owing to a man’s efforts. He is none other than Mr. Nagendra Prasad Sarbadhikari, also called the Father of Indian Football. After observing British soldiers playing the game, he taught the game to his classmates, and that is how his journey started. 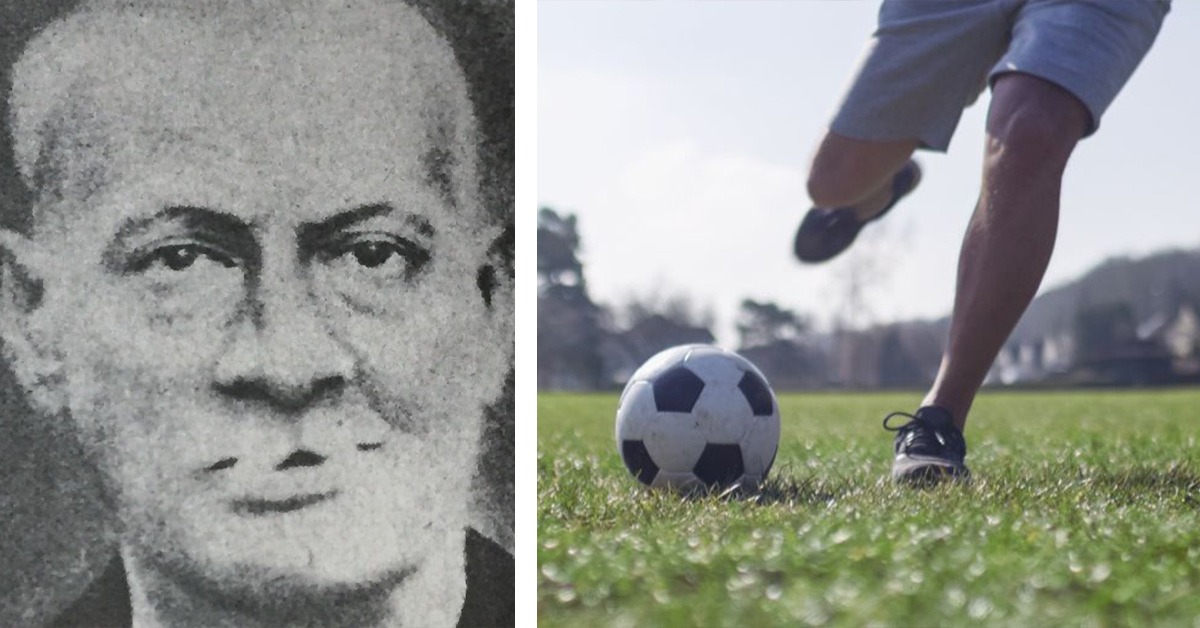 After receiving enthusiastic responses from his classmates, the British Government encouraged him to spread awareness about the game in different places. He established a string of football clubs, one of the first being Wellington Club and Sovabazar Club in the 1880s.

Popularity soars in the Early Nineties

In 1888, Durand Cup was founded, becoming the third oldest football competition behind the FA Cup and the Scottish Cup. Such was the frenzy that the game caught. In 1889, India’s oldest current team, ATK Mohun Bagan FC, was established as “Mohun Bagan Sporting Club.” Likewise, the first Indian Football Federation was founded in 1893. It was the start of something promising. More clubs and cup competitions came up, and more Indian players started to get onto the scene. Indian football showed its true mettle and potential in 1911 when Mohun Bagan AC defeated East Yorkshire Regiment 2–1 in the final of the IFA Shield. With growing fame and talent, Indian football teams comprising only Indians started touring other countries like Australia, Indonesia, Japan, and Thailand during the 1930s. Although unverified, India supposedly won its first international overseas match against Ceylon in 1933, scoring 1-0 over the hosts. Following the popularity and success of Indian clubs domestically and internationally, the All India Football Federation (AIFF) was set up in 1937.

The Golden Era of Indian Football

In 1950, India qualified for the FIFA World Cup following the withdrawal of all their scheduled opponents. The AIFF was unaware of the importance of the event and decided against going, citing reasons like the cost of travel, team practice, and selection issues. Although FIFA stated that they would bear a majority of the expenses, the governing body AIFF didn’t change its stance as they valued Olympics over World Cup. 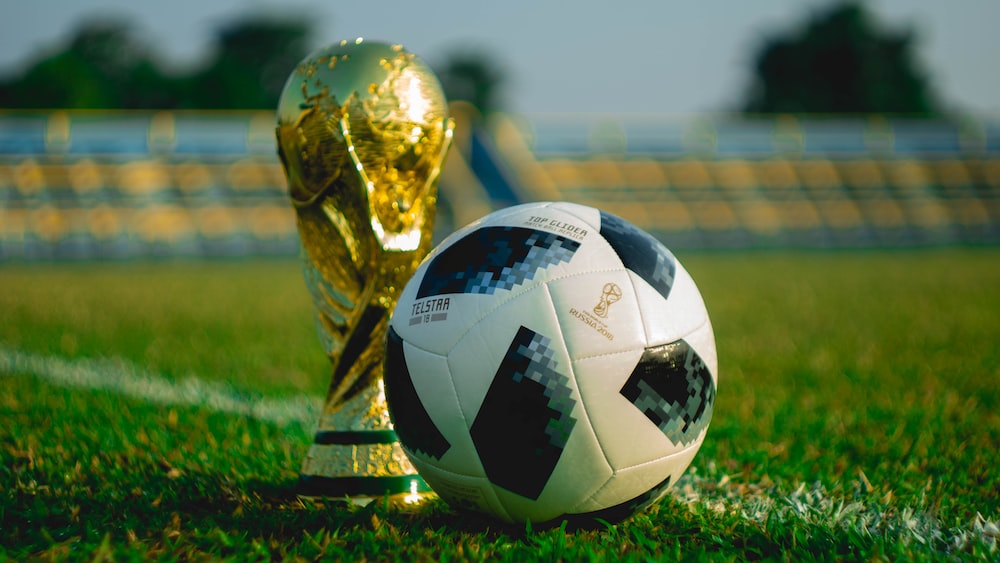 The period from 1951-to 1962 is considered the golden age of Indian Football. In 1951, under Syed Abdul Rahim, India transformed into a fearless side. As hosts, India won the Asian Games for the first time in 1951, defeating Iran 1-0. They continued their good run of form in the following year, winning the Colombo Quadrangular Cup held in Sri Lanka. 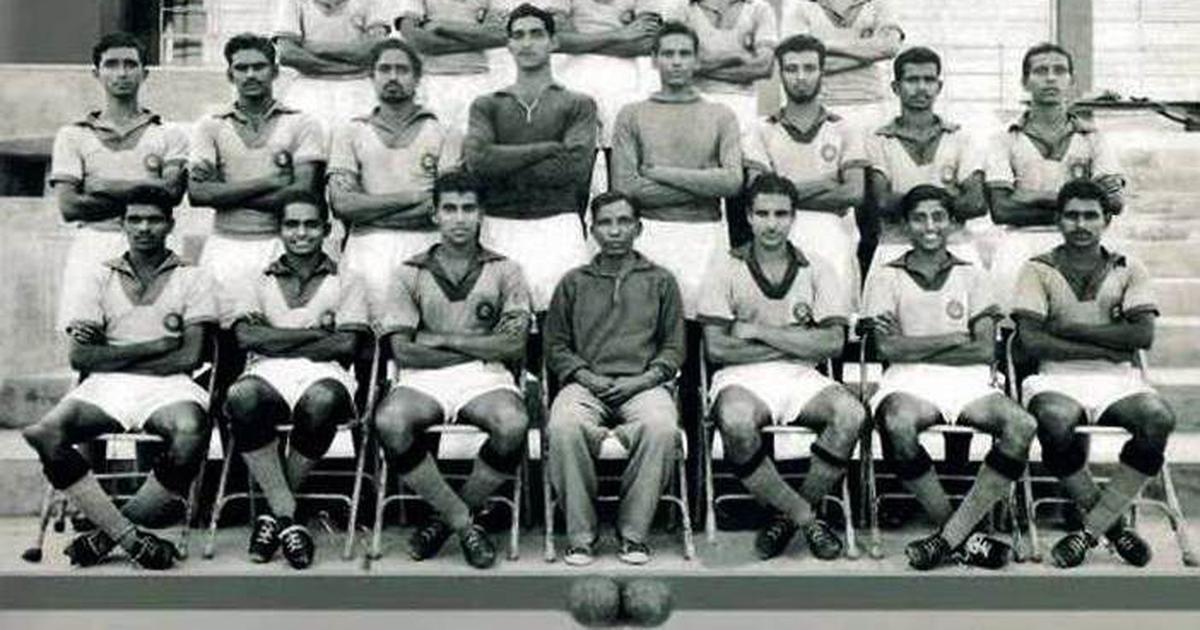 They went on to win three more editions of the Quadrangular Cup in the same decade. India created a historic moment at the 1956 Olympics, where they finished fourth in the final standings, beating the likes of Australia in the process. Although India’s good run of form continued for the rest of the years, it was not until 1962 that they saw silverware again. In the 1962 Asian Games final, India defeated South Korea 2-1, claiming the prestigious honor twice in ten years. However, this was the last of silverware that the country would see for the foreseeable future. 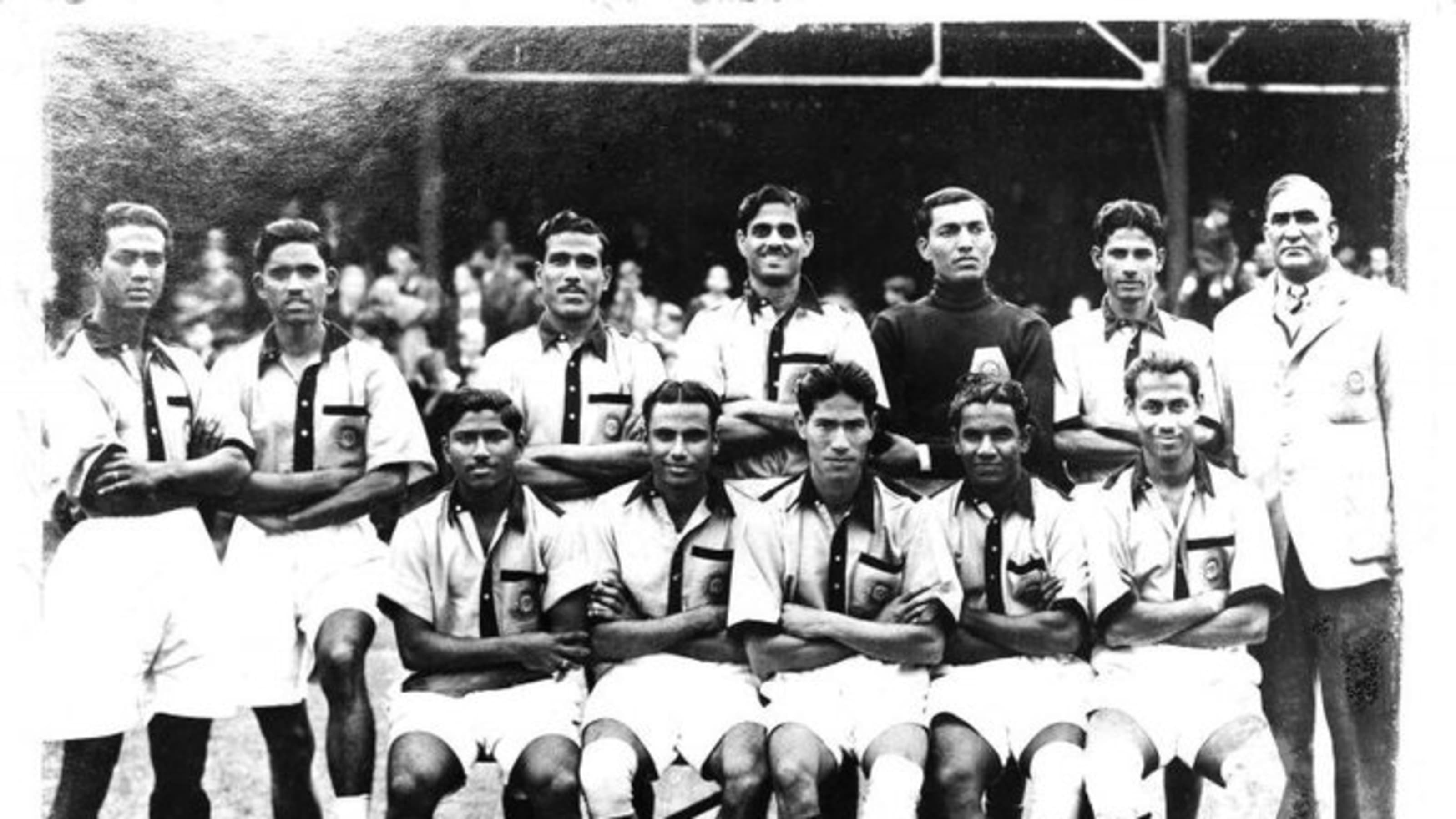 The Decline and Future Prospects

Post the Asian Games win, performances started to decline. With the sudden demise of Syed Rahim in the early 60s, India lacked quality leadership. The team went through a barren stretch during the 1970s, 80s, and 90s, eventually losing its foothold as Asia’s top football team. Although India did win a couple of minor trophies during the 90s, it was the establishment of the National Football League, the first domestic league in the country, in 1996 that gave football fans a glimmer of hope. 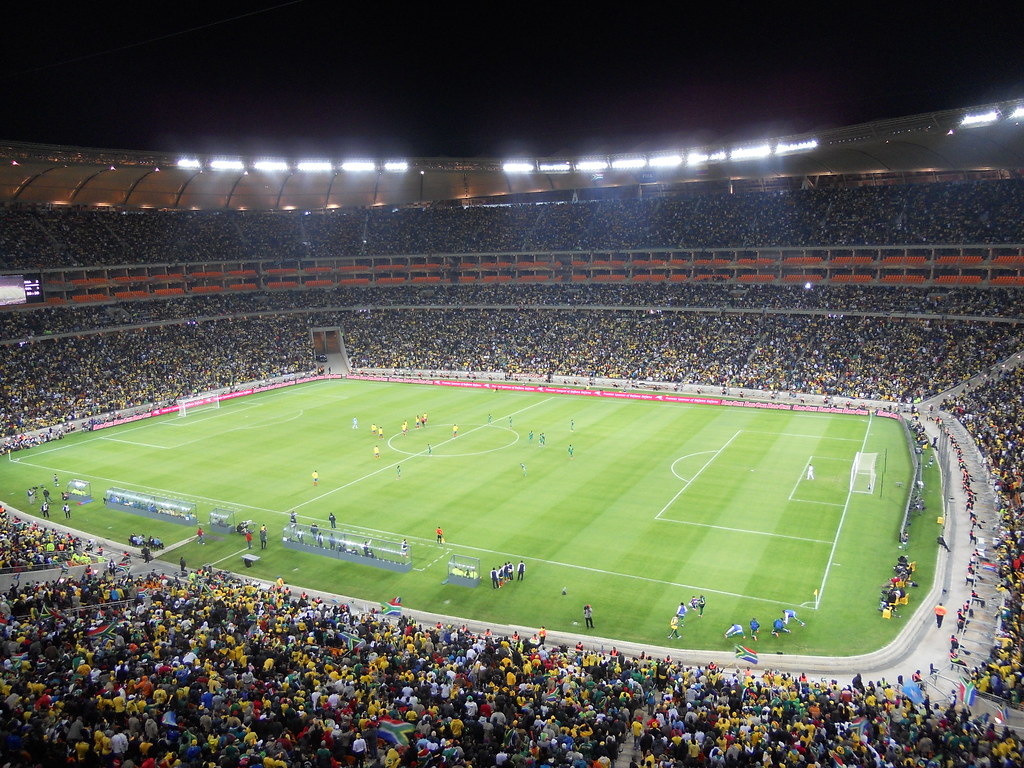 However, National Football League did not have the desired impact, and the country continued to suffer on the international stage. In 2007, National Football League was scrapped to make way for I-League. In 2017, the emergence of the Indian Super League (ISL) brought the game to the masses with its exceptional marketing and the co-existence with I-League to bring about a tier-based domestic league further reiterates the direction in which the sport is going in the country. 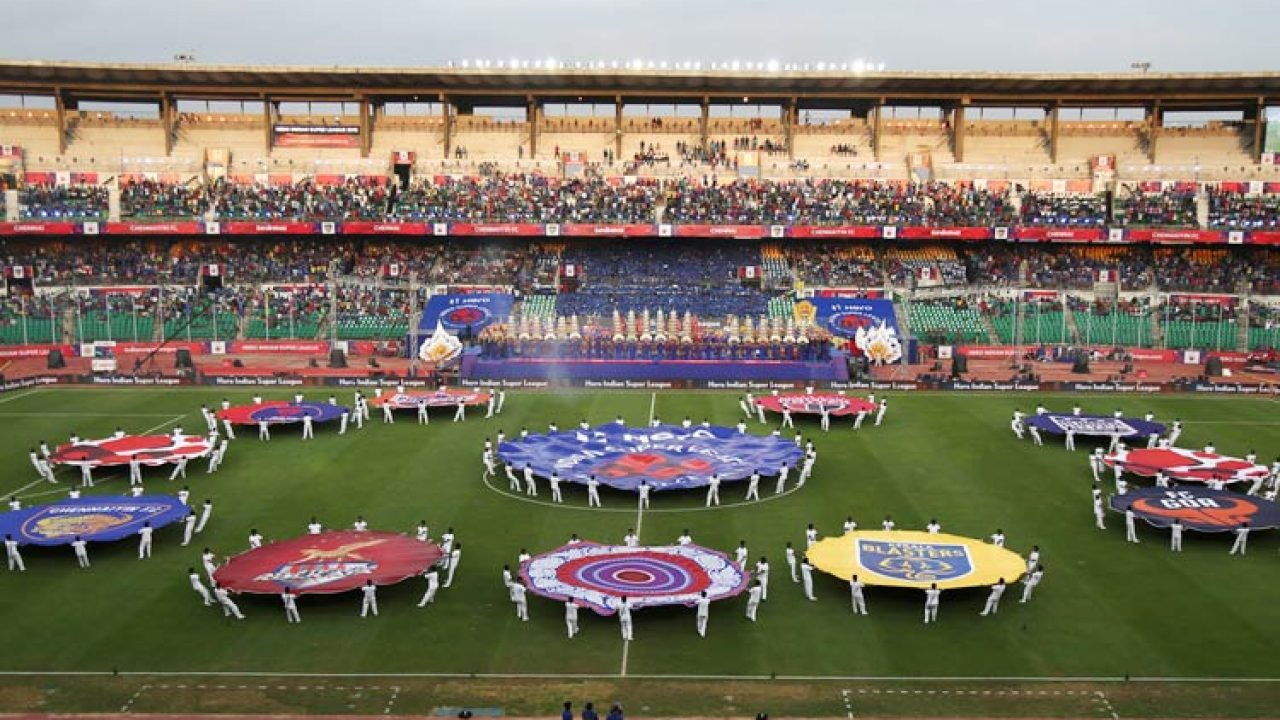 Although India didn’t have anything to show on the international stage yet, it has a promising future. With the emergence of ISL and grassroots football academies and sports schools such as The Sports School, the country’s first school that integrates sports and academics, many talented young Indian players started entering the Indian football scene. With proper guidance and leadership, India can truly be shaped into an exceptional side and retake the lost crown of Asia’s top football team.

If you are a professional athlete already looking to scale greater heights, a student looking for a meaningful sports graduate program, or someone looking for an exciting new career, we invite you to spend some time looking around our website to learn more about us.

Built on a network of sports-minded professionals, The Sports School is India’s first integrated school for sports and academics serves as a platform for young people to pursue their choice of sporting & academic dreams. The Sports School has partnered with Bengaluru FC for football training program.

We offer unparalleled holistic educational programs, with world-class sporting infrastructure and amenities, sporting and academic excellence to help you jump-start your carer sports and beyond. The Evolution of Tennis: A Sport Born of Royalties and Nobles