Tennis is a sport that most of us would have encountered at some point in our lives. Known as the original sport of kings, tennis has the widest audience in the world, is the most glamorous sport, among some of the highest-paid professionals, and also packs plenty of entertainment that never seems to end. In all these tennis thrills, have you ever wondered how all the changes in balls, racquets, and even court surfaces have brought tennis to where it is today?

Prolific players such as Novak Djokovic, Serena Williams, Rafael Nadal, and many more have generated a lot of public interest in the beautiful game of Tennis over the last decade. Several tennis players have risen to the status of superstars, with their names being mentioned alongside those of well-known actors and artists. Behind the whole enchantment, however, a lot of effort is put into improving the game’s quality. The game did not become popular overnight. It took quite a while for tennis to compete with other sports like cricket, football, and basketball and make its mark in the world of sports. In this article, we will have a look at how the ‘Game of Tennis’ evolved over the years!

Where It All Started: France

Tennis has a long history, with monks playing early versions of the game as early as the 12th century AD, using their hands to propel balls up and down monastery corridors. Rackets were not introduced until the 16th century, and tennis is said to have been the first “sport of kings,” as only privileged monarchs were allowed to play indoor tennis. However, most historians are in agreement that 11th-century French monks pioneered tennis. Tennis’ evolution toward racquets can be traced back to when players began using gloves because bare hands were too painful before these were eventually upgraded to a glove with webbing sewn between the fingers.

The game’s popularity had deteriorated by the 1700s, but that changed magnificently with the invention of vulcanized rubber balls in 1850. The introduction of hard rubber balls revolutionized the sport, allowing it to be adapted to an outdoor game played on grass. Rubber tennis balls became the norm at this point, and tennis as we know it evolved into what was known as ‘lawn tennis,’ a distinctly popular game among the upper middle classes in the nineteenth century. The actual name tennis is supposedly derived from tenez which means something like ‘take this’ and is what players would shout just before they served the ball.

There were two distinct styles of play/grips during the early stage of the game: Australian and American styles. The Australians preferred a “one grip fits all” approach. Tennis was reduced to its bare essentials. If you had to use a single grip for everything, it had to be a continental grip. Continental grips are commonly used for serves and volleys, and they are also suitable for backhands. Americans, on the other hand, used three grips: Eastern forehand for forehand, Continental for serve and volley, and Eastern backhand for backhand. Americans, like the Australians, preferred serve and volley tennis.

Tennis scoring—love, 15, 30, 40, deuce—is still unidentified, but if sources are to be believed it originated in France. One theory for the origin of the 60-point system is that it is simply based on the number 60, which in medieval numerology had positive connotations. After that, the 60 was divided into four sections. Another popular theory is that the scoring was devised to correspond with the face of a clock, with the score given in quarter-hours: 15, 30, 45, 60.

Evolution in the Game

Changes made to the game in the early part of the century were mostly aimed at encouraging tournament growth, which resulted in the development of an international scene. The first Davis Cup was held in 1900, and within a few decades, there were four major tournaments introduced: Wimbledon, the US Open, the Australian Open, and the French Open.

As the game evolved several rules and regulations were adopted including a slight change in the attire. The rule that tennis players must wear all white began during the Victorian era, inspired by cricket attire and lawn dresses to keep the players cool even during the hot weather conditions. The adoption of this attire became another way to keep the sport an upper-middle-class and upper-class activity.

The Emergence of Women in Tennis

By the end of the 20th century, a new breed of power player was emerging on the women’s tour, led by players such as Maria Sharapova, Venus Williams, Davenport, and Serena Williams. These superwomen not only excelled at the sport but also became a source of inspiration for a lot of young girls who wanted to pursue tennis professionally. Tennis wizards such as Williams and Sharapova set the tone for women’s tennis in the 2000s, where stamina, resilience, and athleticism became the most important aspects of the game.

Changing Styles Towards The New Millennium

Professional tennis has been influenced by the advancement of sports science, with today’s athletes being more physically fit and healthy, and more robust than ever before. The average age of today’s tennis players reflects this, with players like Serena Williams and Federer even playing into their late thirties.

The Grand Slams which include Wimbledon, the Australian, French, and US Opens make up the four most important competitions in Tennis life. Tennis Pro’s from all over the world gather at these events each year to compete for the prestige and fame that comes with winning these tournaments.

Evolving is the only way of truly growing up & going forward, and that holds true even in the beautiful game of tennis. The sport has changed immeasurably since its inception and is becoming more and more prevalent as time goes on and the approach is slowly being perfected and improved. Players’ hitting styles have evolved in response to changes in equipment and racquet material, and each change has resulted in responses to those changes. It will be intriguing to see where things go in the coming years.

Tennis Program at Rohan Bopanna Tennis Academy brings a refreshing new dimension to tennis coaching in India. We offer an innovative and balanced curriculum that puts equal emphasis on both fitness and sports skills. It consists of well-structured, varied level programs that are mapped on global best practices to give young talent the finest and most integrated advanced-level tennis program in India. 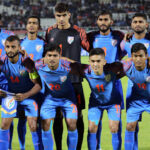 Evolution of Football in India 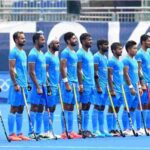