Cricket in India has always been celebrated as not just a sport but a full-fledged festival with a lot of gusto and enthusiasm. The Indian Premier League, founded by the BCCI in 2008, has emerged as the most popular and fast-paced contests, which involves different states of India being represented through different teams competing against each other in T20 format matches to claim the title. The lucrative star-studded event is a complete entertainment package associated with different economic concepts, such as investments, brand strategies, IPL for GDP growth, etc. Check the impact this sporting event has had on the Indian economy since its inception.

Impact of IPL on Indian Economy

1. Significant rise in GDP: IPL has been contributing massive profits to the GDP of India. Huge scale branding, crazy fan support, and tremendous fan following worldwide have led to a constant rise in the GDP. As per KPMG’s survey report, the 60-day tournament yielded INR 11.5 billion(USD 182 million). BCCI had appointed the KPMG sports advisory group to undertake this survey.

2. Boosts Tourism: Apart from 32 international players, there is a massive boost in the revenue generated from international tourism. As per one of the most reputed travel companies Cox & Kings, the IPL led to a whopping 30% increase in travel revenue. People from all over the world travel to different states and cities of India during the season. India has been ranked 11th in the Asia Pacific region and 34thin the list of most attractive travel destinations worldwide. This ranking has been done in a report by the World Economic Forum.

3. Generates New Jobs: The Indian Premier League generates job employment at a large scale and effectively leads to India’s economic development. The employment is generated from companies, their stakeholders, sports personalities, emerging athletes, etc. The report submitted by the UN General Assembly for Peace and Development highlighted an economic value of $3.2 billion created by IPL.  The market for sports equipment and gadgets has also witnessed a huge rise, with market size increasing to 40 billion Indian rupees.

4. Media Exposure and Viewership: As per the data collection of economic times of India, the T20 contest in 2019 broke all its previous records in the viewership department, and TV viewing made a record of 462 million clocks and a watch time of 338 billion minutes was recorded in the 12th edition. The cricket league has garnered sponsorship from various reputed companies globally, namely coca-cola, Maruti Suzuki, PhonePe, MRF, etc.

5. Cultural Diversity: Social media frenzy during the IPL season is very common. A lot of activities occur during the tournament as people from all over the world visit India. There are a lot of after-parties and events held in the different cities hosting the twenty-over matches. Foreign tourists from several countries such as Bangladesh, Australia, Canada, Sri Lanka, England, etc., arrive and try to make the most of the celebratory season.

6. Hotel & Restaurant Business: During the IPL season, there’s a surge in travel business and accommodation business, and eating ventures. The number of check-ins increases during the 60-day tournament, and travellers from worldwide love to experiment with different Indian cuisines.

7. Increase in Tax Contribution: Before the onset of IPL, BCCI was considered a charitable organization, thus was never asked to pay taxes. IPL had been termed as a commercial activity from the time of its commencement; therefore, BCCI was required to pay tax contributions, resulting in an increased amount of revenue for the government. BCCI has produced a considerable amount of taxes since the commencement of the cricket contest.

Entertainment is what the audience craves, and IPL is a cricket league that has proved to be an excellent combination of cricket and entertainment. The cricket contest has earned tons of accolades and fame for the last 12 years and continues to do so with an enhanced economy. From the managing staff, the groundskeepers, players, coaches, staff, etc., the tournament has generated employment worldwide and has emerged as the largest and most successful sports event worldwide.

Check out the latest updates from IPL 2021 Click Here

The Sports School, a Kalpen Ventures initiative, in association with JAIN GROUP OF INSTITUTIONS (JGI), a 28-year-old educational conglomerate, aims for a holistic approach to educate and guide students. With 85 institutes across India, JGI not only brings in elite thought leadership but also focuses on empowering talent across the nation by encouraging curiosity, learning and initiative. JGI’s alumni include over 10+ Arjuna, Rajiv Gandhi Khel Ratna, Padma Shri and Padma Bhushan Awardees and 300+ sportsperson of International and National repute. Our world-class infrastructure and amenities include unbeatable installations that are exclusively designed to optimize the intellectual, personal, and social development of young and professional sportspeople. 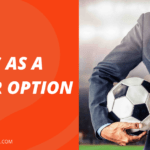 Sports as a Career Option - Top 10 Reasons to Opt

How To Stay Safe While Practicing Your Sport?