The seventh edition of the Indian Super League (ISL 2021) has gotten fans all over the country extremely excited. The season began on November 20, 2020, and will go on until March 13, 2021. Despite the pandemic, the matches are being held in Goa at three venues. The website has dedicated a special shoutout to fans who watch the games from their homes via virtual means. Despite them not filling up the stadium this year, their spirit is very much with the players and teams.

Let’s take a look at the ISL 2021: Top 5 Memories that have captured people’s hearts this season –

The drama began when Idrissa Sylla lost a spot to teammate Deshorn Brown on the regular line-up, owing to his form. Since this was the first part of the play-off game, the energy was at an all-time high. Since Brown was missing, Sylla stepped up to save Brown’s side from what would otherwise have been a loss in this leg. To ensure a spot in and qualify for the second leg, Sylla’s striking play enabled him to pop up and power across by Luis Machado – well past Arindam Bhattacharya – making sure the team had a solid chance to win.

All eyes this season have been on FC Goa’s Ishan Pandita. Pandita has proven his worth as a sub, especially during the 3-3 draw match between Mumbai City and FC Goa. he battled on like a warrior on being admitted into the game towards the latter half, and didn’t give up even when FC Goa was vying hard to build themselves up from a 2-3. In the 95th minute, Pandita rose like a phoenix to head a shot made by Edu Bedia straight into the net, making Goans go wild with excitement. He indeed proved that he is one player who just has to be off the bench to make a difference for his team.

Penalty shootouts are always nerve-wracking for any football match – and more so when it’s being played between two frantically rival teams, and that too as a semi-final decider. Recently, the ISL semi-finals were among the most exciting semi-finals Indian football has witnessed in a long time as FC Goa and Mumbai City went head to head in a penalty shootout to decide who would make it to the finals. The match ended in a 2-2, due to which a penalty shootout was held. With bated breath, the country erupted to cheer as Mumbai City made it into the finals, making its debut into an ISL final.

One of the best goals this season was by Rafael Crivellaro as he kicked a goal with great panache from a corner directly into the net, helping Chennaiyin score a 2-1 goal over FC Goa. Rafael’s corner kick in the 11th minute of the game made it the third time ever to be scored this way in the ISL. However, within 4 minutes of this fantastic corner kick, FC Goa bounced back with a skilled goal from Ortiz Mendoza, leveling the game back. Eventually, the game ended with Chennaiyin winning the match as Rahim Ali scored another one for the team.

This year, the ISL was held a little differently. Due to the pandemic, fans were forced to experience the game via virtual means instead of feeling the adrenaline inside the stadium. But this didn’t stop their energy. The ISL website has dedicated an entire “Fan wall” of moments to capture the football matches’ spirit through their dedicated fans. These fan wall moments are one of the top highlights of the ISL – you can see fans of all ages, intently plastered across their screens cheering loud, rejoicing, feeling the pain, hooting for their team players. It’s so heartening to see these fans from across various parts of the country adding more zeal and enthusiasm to the game, even as they remain isolated. It truly brings out the impact the ISL has on the nation and bringing people together, even in a pandemic.

We know that Mumbai City has made it into the final – who will battle it out with them to win the league this year? Will it be ATK Mohun Bagan or NorthEast United? Will the final have more thrill than these top ISL 2021 memories? We’ll soon find out. Don’t forget to watch the final and immerse yourself in the spirit of India’s exhilarating love for football!

The Sports School Football Academy with Bengaluru FC provides aspiring footballers with world-class training to reach the next level. At The Sports School campus, we offer a Professional Football Coaching Program with experienced coaches licensed by AFC and AIFF, where the monitoring and evaluation of the student’s performance will be done by Head of Youth Development and BFC Youth Academy coaches.

Competitive and friendly match opportunities on a regular basis will be arranged with quality opponents and talented students will get an opportunity to play at the BFC Youth Academy teams. The Bengaluru FC Grassroots / Youth Development program is the first step in the career of a young aspiring footballer. Students will also be provided Sports Science expertise (Strength & Conditioning, Nutrition, and Injury Prevention concepts).

Pursue your Sporting Dreams without Compromising on Academics, with our Team of World-Class Sports Mentors and Coaches and a Flexible Academic Curriculum.
Know More
bengaluru fc BFC football ISL 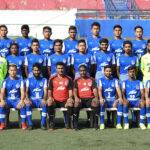 Bengaluru FC through the ages

Khelo India University Games 2021: All you need to know 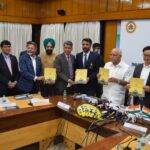