Sports have been an integral element of every culture since time unknown. Disinterested from building a settled civilization, people in India felt the need to set aside leisure time for playing sports. Traces of Ancient Indian games showcase that they were innovative, fun and required complete involvement.

In the Indus Valley civilization, people contested with weapons like the toran (javelin), bow and arrow, and the chakra(discus). Besides these outdoor games, we always had a craze for the indoor, and how to we know this? Historians have found traces of primitive board games etched on the walls of caves and temples and discovered dices and counters at sites like Harappa. Ancient Indian texts also incorporate references to different sports.

Over the years, we have lost touch with our majestic sporting culture, and even though we are heading towards a brighter future for sports, some have been lost over the ages. Here are some of the prominent games that left an impression on our history:

Night Polo in the Mughal period

The history of polo in India can be traced to Manipuri villages, where the tribals enjoyed a game called pulu. Although Zahir ud-din Babur was the first Mughal Emperor to establish Chaugan, night polo was an invention of Jalal ud-din Akbar, who created a set of rules and introduced an illuminating ball for late-night matches. The sport nearly died with the end of the Mughal dominion.

Kalaripayattu, also known as Kalari, is an ancient form of martial arts that holds its root in Kerala. The word Kalari appears in various Hindu texts to describe a battlefield and combat arena. Owing to its long-standing history, it has a distinguished place for martial artists. Traditionally, this game includes two forms: the northern style or Vadakkan Kalari, and the southern style or Thekkan Kalari. Over time, a new pattern has also gained recognition, called the primary method or Madhya Kalari, which aims at combing the elements of both styles.

Kushti, also called Pehalwani, refers to wrestling contested in Ancient India. It developed during the Mughal era by combining the techniques of Persian koshti pahlevani and native Indian Malla-yuddha. The origin of this sport dates back to the 5th century BC, where it was popularly known as Malla-yuddha, meaning combat wrestling.

Atya Patya often described as the “game of feints,” is played between two teams, with nine members on either side. It is a popular sport in India, especially Maharashtra. It gained national importance after the formation of the ‘Atya Patya Federation of India’ in 1982. The Government of India listed the federation amongst its list of recognized organizations for the year 2013.

Yubi Lapki, which translates to coconut snatching, is an individual contact sport that requires coconut. It is an ancient Indian game that originated in Manipur. It is a traditional football game that holds notable similarities to the tournament of rugby, but the two are not related.

Before each game, players rub their bodies with oil to make it slippery for the fame, and a ball soaked in oil is placed before the king. To score a goal, the player has to approach the goal post and cross the line from the front with his oiled coconut.

Kambala is an annual buffalo race held in Karnataka, during the Kambala season that begins from November and lasts till March. It started as a traditional sport to entertain the rural public by whiplashing buffalos on a slushy paddy field. The buffalos are adorned with colorful jewels and elegant headpieces of brass and silver.

Jallikattu is a folkloric bull-chasing sport practiced in Tamil Nadu, organized during the harvest season of Pongal. It is almost two millennia old. In the ancient period, it was popularly known as Yeru Thazhuvuthal. The participants hold on to the hump of the bull for a particular time and grab their horns to achieve authority.

Insuknawr is a Rod Pushing Sport of indigenous Mizoram. The Mizo community developed multiple games to break their tiresome routine of shifting cultivation; this was one among them. This game requires two players, who hold the rod under their arms while trying to push their opponent out of the ring.

Dhopkhel was organized in the state of Assam during its annual festival, Rangoli Bihu. This sport requires two teams, where Dhop, a ball, is tossed by the player in a fashion that it lands in the opponents’ court. It is similar to modern-day Throw ball, and at times there are parallels drawn with Kabbadi.

Pachisi, which translates to twenty-five, is a cross and circle game that originated in Medieval India. It requires a board that resembles a symmetrical cross. The player’s pieces move around the board following the throw of the six or seven cowrie shells, with the number of shells resting with gap upwards designating the number of spaces to move.

Chaupad or chausar has existed in India for most of the past two millennia. This game features a cross-shape board, where four players contest in two teams, and each player owns four pieces. It shares significant similarities with pachisi and modern-day ludo.

Chaturanga referred to as the predecessor of modern-day chess, is a strategy game that originated in India during the 4th century BC. The exact rules of the game are unknown, but historians believe that it was similar to its predecessor, Shatranj. It was played on an 8×8 uncheckered box, with pieces similar to chess.

It is a wrestling tournament held between two men to test their strength in the state of Tripura. It is also known as Thwngmung in the Tripuri language(Kokborok). But, in recent years, people are abandoning such sports as they are exposed to modern sporting culture.

Inbuan is another form of wrestling that originated in Mizoram during the early 1700s. It involves strict rules that prohibit kicking, stepping out of the circle, or even bending knees.

Over the years, modern culture has taken over our age-old tradition, not just in terms of sports, but also in our lifestyle. Let’s take a step back and rejuvenate these games that have entertained our ancestors for centuries together. 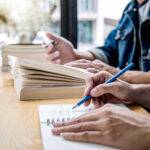 How to Choose The Best Training Facility for Your Child?