“Looking back, I am happy with what I have achieved. Given the circumstances, I don’t feel that I have left anything untried.” – Pullela Gopichand.

India’s background in badminton has witnessed a slow but steadily rising curve. In the last few decades, some promising badminton players, both men, and women have taken to the international nets. Pullela Gopichand is India’s most well-known badminton star, who has helped India gain an international reputation for showcasing pure skill and talent in badminton. Gopichand has represented India at the Olympics and a large number of international events and has now taken on the role of coaching and mentoring young India to achieve greater heights.

Born in Andhra Pradesh, it is a little-known fact that Gopichand actually wanted to play cricket but was encouraged to take up badminton. While at university, in 1990 and 1991, he represented A.V. College, Hyderabad as the captain of the badminton team. Soon after, Gopichand was accepted into Prakash Padukone’s badminton academy and has also been known to train under Ganguly Prasad at SAI Bangalore.

From playing badminton to teaching badminton to the younger generations, Gopichand has transitioned smoothly into ensuring India’s international representation at badminton leagues remains untarnished. Gopichand’s journey as a player has been extremely enriching, and now he has combined all that experience with mentoring to impart it as knowledge and training to budding badminton players and make a strong presence felt to encourage badminton in India.

From badminton player to badminton coach, Gopichand has always been greedy about coaching and mentoring young children to play badminton professionally. As the founder of the Gopichand Badminton Academy in 2008, he is responsible for producing some of India’s best badminton talent, including Saina Nehwal, Gurusai Datt, P. V. Sindhu, Parupalli Kashyap, Arun Vishnu, Sai Praneeth, Arundhati Pantawane, and Srikanth Kidambiand. His academy has also seen some notable investments being made, truly marking the spurt and promise of the students that emerge from there. Gopichand’s students have represented India and won at events like the Olympics and BWF World Championships. Gopichand has also officially served as the Indian badminton team’s coach at the 2016 Olympics in Rio.

Affiliation with the Sports School

Gopichand, along with a team of skilled instructors and trainers, will be helping students learn techniques, fitness, mental and physical agility, flexibility, and hone their badminton skills. With an aim to provide the best training in the country, we have teamed up with one of the finest badminton players, now a badminton coach, to help your children succeed and make a name for themselves.

Get in touch with the Sports School Badminton Academy today to find out more about how your child can excel at becoming a skilled badminton player under the guidance of India’s national gem, Pullela Gopichand. 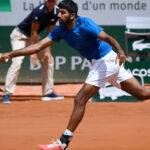