Sports Calendar 2021: Here Are All the Major Events

A vast majority of the sports events that were to be held in 2020 got postponed, thanks to the global outbreak of the coronavirus. Sports enthusiasts across the world were saddened as they were deprived of watching their favorite sports stars in action.  Thankfully, these events are going to resume in 2021, making this a golden year for all of us. The year will be packed with some of the top events like the Tokyo Olympics and Wimbledon, and this is just the tip of the iceberg. Here is a list of all such major sporting events planned for 2021 (Sports Calendar 2021)-

Thailand Open: The first event to take place in 2021 was Thailand open badminton championship. It was organized in Bangkok from 12th January to 17th January. Though one of the popular badminton events in the world, this championship wasn’t a part of the Olympic qualification.

Australian Open: Australia has taken significant efforts to organize the Australian Open this year after all the commotion last year. Around 300 players had arrived in Australia in January and were subjected to strict quarantine. Each player was allowed to practice five hours a day. Australian Open was the first grand slam tournament of this year that started from 10th January and will continue until 21st February, in Melbourne.

Cheltenham Festival: It is a four-day festival which will be held behind closed doors. Sadly, no spectators would be allowed to watch this event live. Not even the horse owners are allowed to attend this event. This decision was taken based on strict protocols laid down by the British government. This will be a significant revenue loss for the town as it is considered one of the top money-spinners for it. The event is scheduled to take place from 16th March to 19th March at Cheltenham racecourse.

India Open Super 500:  Another major badminton tournament, the India Open Super 500 is crucial for Indian badminton players as this would be their last chance to qualify for the Tokyo Olympics. The event will take place between 11th May and 16th May in New Delhi, India.

World Olympic Qualifying Tournament: Hundreds of boxers will be looking forward to the World Olympic Qualifying Tournament to cement their place in Tokyo Olympics. The tournament has been planned for June 2021. However, the exact dates for the event are yet to be finalized by the committee. This will be done after monitoring the COVID-19 situation.

French Open: The Second Grand Slam of 2021, the French Open will take place at Stade Roland Garros in Paris. The first round will begin on 23rd May. This mega event will culminate with the quarter-finals on 1st June and finals on 5th June and 6th June.

Euro 2020: Arguably, the most expected football tournaments of 2021 is the Euro 2020 challenge. Originally planned in 2020, this event has been postponed to 2021. It will be a royal treat to football fans as some of the biggest football teams are going to take part in the tournament. Euro 2020 will be conducted in 12 cities. The UEFA still hasn’t decided on the audience capacity for the tournament. The decision for the same would vary for each city and would be decided at a later point in time.

Wimbledon: The granddaddy of all tennis tournaments, Wimbledon was cancelled in 2020. However, it is a major relief for tennis buffs as the event has been scheduled to take place this year from 28th June to 11th July. However, the tournament is open to all possibilities from full occupancy to completely closed doors. This will be decided as per the situation.

ICC T20 World Cup: India will be hosting the ICC T20 Cricket World Cup. This will be played between 16 teams and will happen in October and November 2021. Originally this event was supposed to be hosted by Australia in 2020 but got postponed to 2021 with India as the new host.

Tokyo Olympics & Paralympics: We have saved the best for the last. This grand event was initially supposed to be held in 2020, but due to safety concerns was postponed to 2021. Since the Olympics is an event attended by thousands of people, safety became the utmost priority for the committee. The committee is still pondering whether to have a full packed stadium or reduce the number of visitors.

The International Olympic Committee is hoping for the vaccines to reach every person in the world soon, as the event is supposed to host at least 11,000 participants, 10,000 officials, and 20,000 journalists in Japan. However, the Tokyo Olympics is still one event that people are waiting to commence and cheer their respective nation. It is scheduled from 23rd June to 8th August while the Paralympics is scheduled from 24th August to 5th September.

The year 2021 is packed with exciting sports events. It is an excellent opportunity for sports enthusiasts to enjoy all the action they missed in 2020. However, due to safety concerns, most events would still take place with minimal or no crowd. Still, people can watch each of these sporting events through television or the internet.

Click Here to know more about The Sports School 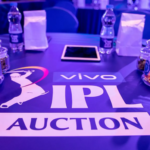 IPL 2021 Auction: All you need to know about

How to Choose a School for Your Child : Top 10 Facilities to Look for in a Residential School 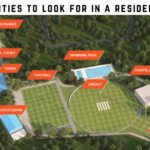