Over the past few decades, the sports sector in India has gone through a massive transition by evolving from being a country predominantly dedicated to following Cricket to becoming a multi-sport country. Sports like Football, Badminton, Basketball, etc. are changing the face of the Indian Sports Industry and have gained sizable interest from the people and young sportspeople alike. Among these, Tennis is a sport that has carved its niche and is thriving in all respects.

Origins of Tennis in India date back to the time of British colonialism. Tennis had been a popular sport in England since the late 1800s, and the British Army and Civilian Officers brought the game to India. Although it was initially limited to the elite class of the time, Tennis started gaining popularity due to the emergence of Punjab Lawn tennis Championship, Bengal Lawn Tennis Championship, All India Tennis Championships, etc. In their early days, these tournaments were majorly won by Britishers; however, later, Indians started playing the game and brought their nuances to the game with even more significant distinction. After independence, Tennis in India gained traction with players like Ramanathan Krishnan and Premjit Lal.

In 1920, the All India Tennis Association (AITA), the governing body of Tennis in India, was established and affiliated by the International Tennis Federation and Asian Tennis Federation. The All India Tennis Association operates all of the Indian national representative tennis sides, including the India Davis Cup team, the India Fed Cup team, etc. It is solely responsible for organizing and hosting tennis tournaments within India and scheduling the international home fixtures.

According to the All India Tennis Association, in Davis Cup ties between 1921 and 1929, India won against several countries like France, Spain, Greece, Belgium, Romania, and Holland. Some of the top Indian players like Saleem, Fayzee brothers, Cotah Ramaswamy and Krishna Prasad, won against a large number of ranked European players and teams. However, it was during the 1960s when Tennis in India experienced the golden era.

Ramanathan Krishnan, a record six-time All India Championships winner, earned his highest seeding i.e., No. 4 in Wimbledon in 1962. Also, in the Davis Cup, India continually became the Zonal Champions. Ramanathan Krishnan, along with Premjit Lal, SP Misra, Jaidip, and RK Khanna, led India to the Cup finals in 1966. They eventually lost the Cup but not before Krishnan and J Mukerjea beat Newcombe and Tony Roche, the Wimbledon champions, (1965) in doubles. Such Accomplishments motivated and ushered the next generation of athletes towards contributing to the sport of Tennis.

After Ramanathan Krishnan retired from the sport in 1968, Vijay Amritraj, who was then 17 years old, emerged as one of the most prominent players in Indian Tennis. With teammates Sashi Menon, Jasjit Singh, and elder brother Anand Amritraj, he led India to World Cup Finals for the second time in 1974. He also made it to the quarterfinals of US Open in 1973 and 1981; and Wimbledon in 1973 and 1974. Vijay Amritraj also defeated three-time Wimbledon winner John McEnroe at the Cincinnati Masters in 1984, while giving tough fights to the likes of Rod Laver and Bjorn Borg at Wimbledon. Alongside, Ramesh Krishnan, the son of Ramanathan Krishnan, won the junior Wimbledon championship and junior French Open title in 1979. He was ranked number 1 junior in the world and made it to the quarterfinals at Wimbledon (1986) and US Open (twice).

The 1990s was when Indian Tennis underwent a phase of evolution with the rise of Leander Paes and Mahesh Bhupati. Leander Paes won the bronze medal at the 1996 Summer Olympics, and Mahesh Bhupati became India’s first-ever grand slam winner when he won the mixed doubles at French Open in 1997. Both partnered with each other and reached the finals of all four grand slams in 1999, winning two. In the 2000s and 2010s, playing either separately or together, Paes and Bhupati won several grand slam doubles and mixed doubles tournaments. They enjoyed a phenomenal 24-match unbeaten run in Davis Cup ties between 1995-2010. They also participated in the 2008 Beijing Olympics, where they lost to eventual gold medallists Roger Federer and Stanislas Wawrinka of Switzerland.

During the 2000s, Sania Mirza became the first Indian to win a WTA tournament. She also gained popularity with notable performances in the International Tennis Federation’s junior circuit. She won Wimbledon as well as the US Open in 2015, partnering with Swiss star Martina Hingis in the women’s doubles category. Another prominent name in the current leading Indian Tennis players is Rohan Bopanna. He has ranked as No.3 in the world and been an Olympic, Davis Cup, and Hopman Cup team member. Rohan won the 2017 French Open Mixed Doubles title, 16 ATP Tour doubles titles, and has been consistently ranked within the Top 15. He also achieved Grand Slam success in 2017 as a mixed doubles player.

Keeping the past and present credibility of Tennis at the helm in the Indian Sports Industry, The Sports School, in association with Rohan Bopanna Tennis Academy (RBTA), strives to bring a new dimension to tennis coaching in India. Our State-of-the-art infrastructure including 1 Centre Court, 6 Synthetic Courts, 2 Practice Clay Courts (planned), and 7 ITF Classified Acrylic Cushioned Tennis Courts with floodlights are designed to provide our students with the best possible training conditions. Expert mentors and coaches ensure that our students understand every nuance of the game.

Tennis in India has a very high following, especially in urban areas. The media’s availability and coverage of various National and International Tennis matches and tournaments over digital platforms and coverage have increased manifolds because of the massive demand for curiosity among the people around it. Tennis players are getting a global stage to showcase their talent, and viewers are getting the opportunity to get more involved in their favourite sports.

The Sports School: All You Need to Know about India's First School That Integrates Sports and Academics 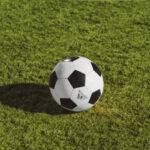