In 1882, Australia won its first match against England on the home ground at The Oval. Sarcastically, The Sporting Times published an obituary after Australia’s victory. Obituary declares that English Cricket has died and the body will be cremated and the ashes taken to Australia.

Soon, the term ashes got associated with the 1882-83 series played in Australia. Ivo Bligh, who was the captain of the England team at that time, swore to regain those ashes.

The trophy is currently housed in the Memorial Gallery at Lord’s London. The trophy is 10.5 cm and is made up of terracotta. It is supposed to contain the ashes of a burnt cricket bail. The winning team gets a replica of the trophy to celebrate, as the original trophy is too fragile.

The Ashes traces its history back to 136 years. It is the longest-running rivalry in cricket history and any other sport. Before The Ashes, officially it was a test match played between England and Australia. The first match was played on 15th March 1877, at the Melbourne Cricket Ground.

Victory Status of both teams

The rivalry began on 30th December 1882 in the form of test matches between England and Australia. Which was named The Ashes because of British Media. Since 1877, 16 matches have been played between these two teams which are not considered to be part of The Ashes.

Australia has won 33 series whereas England has won 32 series and 6 series were drawn. Total 135 matches have been played, out of which Australia won 132 matches and England won 108. In 91 matches the result was drawn.

Presently, the trophy is with Australia. It is also the most successful in The Ashes. For 19 years, between 22nd August 1934 to 18th August 1953, Australia was unbeatable and held the trophy for the longest duration. However, due to World War II, no matches were played between 1940 to 1945. Thus, this longest duration includes the period of World War II also.

This was all about: The Ashes – history rivalry in a nutshell. How a small obituary leads to the biggest rivalry in sports of all times. However, the purpose of sports should be to promote international integration. Sportspersons should maintain gratitude towards the sport and the opponent team. No matter in what form a sport is being played it should always bring peace and harmony. And promote brotherhood between countries.

If you want to become the next sports icon, join The Sports School where sports and academics go hand in hand. For more queries contact us, +91 8587878668. It will be an honour to assist you. We will be back with another interesting topic. Till then, keep smiling. 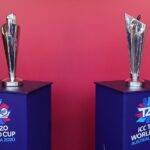 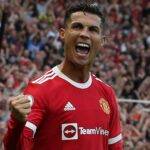