Hello readers, today we are here with big news. And that is the return of the legend Ronaldo. Yes, Ronaldo has returned with great energy and form on the football ground. This is great news for all football fans. Dream return for Ronaldo guides ManU to a 4-1 win over New Castle.

Cristiano Ronaldo made his dream return on 11th September with a victory for Manchester United in the Premier League. With two goals he ended the wait of his fans and stormed the PL ground. His calliper helped the Portuguese team to mark their victory over New Castle at the Theater of Dreams in Old Trafford.

The 36-year-old Portuguese star presence made Manchester United dominate in the Premier League. Through attacks, the team proved that they deserve to win the title. Christiano Ronaldo made two goals, Bruno Fernandes made the next goal and the fourth goal came from Lingard.

Ronaldo’s first goal was criticised by a few and claimed to be a tap-in. But it was a debut match for him and also an important one. He was present at that place and made his goal successful. The second goal was also made by Ronaldo. It had an extremely good finish. He was surrounded by four players on his right-hand side, still, he made his goal wisely from the left flank.

The team lineup was excellent. Ronaldo was leading the attack with Jadon Sancho on the left line, Fernandes in the centre and Mason Greenwood on the right side. Followed by midfielders. The first attempt of Cristiano Ronaldo deviated as planned, but his continuous attack brought opponents under pressure.

New Castle was hardly able to position themselves during the match. They made several counter-attacks but ended up with a single goal. However, their energy was low in the second half. On the other hand, Manchester United was completely in a new form and roaring on the football ground. Just because of Cristiano Ronaldo the team was up with new energy, strategy and game. After 2009, it was for the first time when MU was on fire. We can say this as the Ronaldo effect.

A large number of football fans reached the ground to see their legend return. The crowd was approximately four times more than in an average PL match. Fans were supporting their superstar and Ronaldo did not upset anyone. Because of his presence in the match, it became the most viewed match of PL in India.

Manchester United spirit touched the sky. And after many years, fans were able to see their classy game. Ronaldo’s presence is definitely to be credited for this. His guidance helped MU to emerge with new energy. Fans are looking forward to more such matches shortly.

This way Manchester United finished 4-1 in the Premier League. Ronaldo’s presence on the ground proved to be extremely wonderful for the team as well as his fans. Where one side you have fans, another side you have haters too. The same goes for Cristiano Ronaldo. His first goal was claimed to be tapping but his next goal shut their mouth. This was all about Dream return for Ronaldo to guide ManU to a 4-1 win over New Castle. His fans are overwhelmed with his return and excited to see his dominance each time.

If you want to become the next sports icon, join The Sports School where sports and academics go hand in hand. For more queries contact us. It will be an honour to assist you. That was all here about the Paralympics, everything that you need to know. We will be back with another interesting topic. Till then, keep smiling. 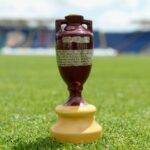 The Ashes - Historic rivalry in a Nutshell 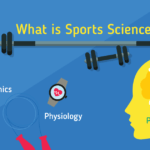