Being an athlete is a dream that everyone has had, at some point in our lives. Do you think that it is something hard? Yes. Can it be done? Absolutely yes! With support from the right people and that burning desire, nothing should stop you from becoming the athlete of your dreams. While men have dominated sports in India for decades, these amazing ladies have shown us that anything is possible, even in the face of hardships. Have a look at the top 10 female athletes in India, and see what they have achieved.

Before our very own Priyanka Chopra made her popular, this amazing woman had already made headlines. Coming from a humble background and native to a small town in Manipur, lovingly called Magnificent Mary, she is the only Indian, female boxer from India to have been selected for the 2012 Summer Olympics and won the bronze medal. This is not the only accomplishment. She is the only female boxer who has won a medal in each of the seven world championships and six-time world amateur boxing champion. She is also a recipient of the second-highest civilian award, the Padma Vibhushan and a member of the Rajya Sabha.

Pusarta Venkata Sindhu, popularly known as P.V. Sindhu, became the first Indian female athlete to win an Olympic silver medal at the age of 21. She is also the first Indian to become the world badminton champion and a Padma Bhushan and a Padma Shri recipient. With badminton now being dominated by many amazing ladies, it’s time to get out your baddy rackets. Start shuttling!

Usually, when people think of cricketers, Sachin Tendulkar, M.S Dhoni or Virat Kohli come to mind. But many people forget that there is another great among all these greats. It’s Mithali Raj. Captain of the women’s national cricket team, she has the highest score in women’s cricket and is the only Indian cricket team captain to have captained her team twice in the world cup. She is also the first woman to have crossed the 6,000 run mark in women One Day Internationals. She is also a recipient of the Arjuna Award and Padma Shri. So girls if you thought cricket is only for boys, then you are wrong! Take a bat and get swinging!

Coming from the district of Jajpur in Odisha and from a very humble background, Dutee Chand has managed to make headlines for all the right reasons! She is the current national champion in the women’s 100 meters race and won the silver medal in the Jakarta Asian Games. She has recently been nominated for the BBC Indian sportswoman of the year award, a prestigious award that honors and celebrates women athletes in the country.

This lady managed to make our heads turn to a sport that is barely spoken about. A former number one and currently ranked number 9 in archery, Deepika also won a gold medal in 2010 Commonwealth Games and is also a recipient of the Arjuna Award and the Padma Shri. String your bow and let that arrow go.

Coming from a family of exceptional female wrestlers, Vinesh Phogat is the first Indian woman wrestler to be a gold medal winner at both the Commonwealth and Asian Games. She has also been recently nominated for the BBC Indian sportswoman of the year award.

Coming off the high that is called the Queen’s Gambit, we have our very own Grandmaster from India. Tania holds the title of International Master and Woman Grand Master. She also won 3 silver and 1 bronze medal at the Women’s Asian Team Championship.

Badminton is slowly becoming a female-dominated sport. Number 1 world champion in 2015 and a bronze and silver Olympic medalist, Saina has many achievements to her name. She is also the recipient of the Arjuna Award, Padma Shri and Padma Bhushan.

Last but definitely not the least, Sania Mirza. She was the first woman who made the world and India take women athletes seriously. She is the first and only Indian female tennis player to win 6 major titles and was number 1 in doubles for 91 weeks. While she does not play tennis anymore, she will always be remembered and respected as an iconic sportswoman.

These Female Athletes of India show us that with sheer determination and hard work, anything is possible. So what are you waiting for? Grab your tennis or baddy racket and get started! 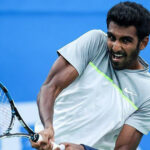 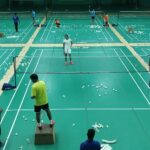