Have you always dreamed of playing for Indian Women’s Cricket Team? The dream is on. There is a lot of luck involved in becoming a professional cricketer, but you can give yourself a better chance by following certain principles.

Women’s cricket in India has changed massively in recent times. The progress has been both in terms of quality and women’s cricket as a brand. The social media buzz and conversations happening around our women cricketers, especially during the recently concluded Women’s Cricket World Cup held in New Zealand, clearly reflects the changing times. While it is still only a fraction of the kind of impact men’s cricket creates in India, however, there has been positive movement in recent times.

For every sport to grow, we need role models. Somebody who can be the aspiration of the young generation and inspire them to follow a sport. The 1983 World Cup win under the leadership of Kapil Dev changed things for men’s cricket and a certain Sachin Tendulkar took Indian cricket to the next level in the 90s. Athletes like Saina Nehwal, MC Mary Kom, and Sania Mirza took their respective sports to a level like never before in India.

If we talk of women’s cricket in India, not so long ago it was struggling and had no real fan following. The women’s cricket matches had limited viewership and sponsorships. Not just in India but even globally, things were not significantly different. However, things have changed recently for Indian women’s cricket. Players like Smriti Mandhana, Harmanpreet Kaur, Shafali Verma, Deepti Sharma, Jemimah Rodrigues, and others have brought in a new revolution. Their superlative performances in International, as well as league cricket, have inspired many young Indian girls to take up the sport. Not just that, in recent years, brands have poured in, bringing in more money and stability to the game. But, is the road to the Indian National Women’s Team smooth? Definitely ‘NOT’. With more interest comes more participation resulting in more competition. The first step for every young girl is to have a passion for the game. Without passion and love for the sport, it is next to impossible to keep playing at the highest level. The next step is to perform well in school cricket and district-level cricket and rise up the ranks. Good performances there can promote one to the state team and thus enter the domestic cricket scene.

The road beyond that gets even more complex as one enters the domestic structure. There are many domestic or first-class tournaments played in the country. However, the numbers are quite small when compared to their male counterparts. Men play the Ranji trophy, a four-day tournament, the Syed Mushtaq Ali trophy, a T20 tournament, and the Vijay Hazare Trophy, a one-day tournament in their domestic season. The women only have the T20 and one-day matches, resulting in a lack of match practice. The Women’s Senior One Day Trophy started in the year 2006-07. Railways have won the last edition. The Women’s Senior T20 Trophy is played by full members of the Board of Control for Cricket in India (BCCI). There is a Senior Women’s One Day Challenger Trophy which is basically the women’s version of the NKP Salve Challenger Trophy, which started during the 2008-09 season. BCCI President Sourav Ganguly and IPL Governing Council Chairman Brijesh Patel have recently discussed plans to launch a Women’s IPL next year. Women’s IPL can be the pathbreaker for women’s cricket as it has the potential to increase the popularity of the sport and take it to the masses in India. T20 cricket is exciting and has always been a crowd puller.

Good performances in all these stages can take one closer to the Indian Women’s National Team. Earlier the biggest achievement for a women cricketer was to secure a government job through the game. But, things have changed now. Many women cricketers receive annual contracts and have deals with several brands bringing in a lot of positivity and the road only seems to get better from here. 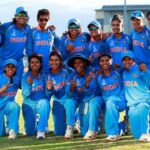 Evolution of Women’s Cricket over the Years

How to support your kids love for sports?